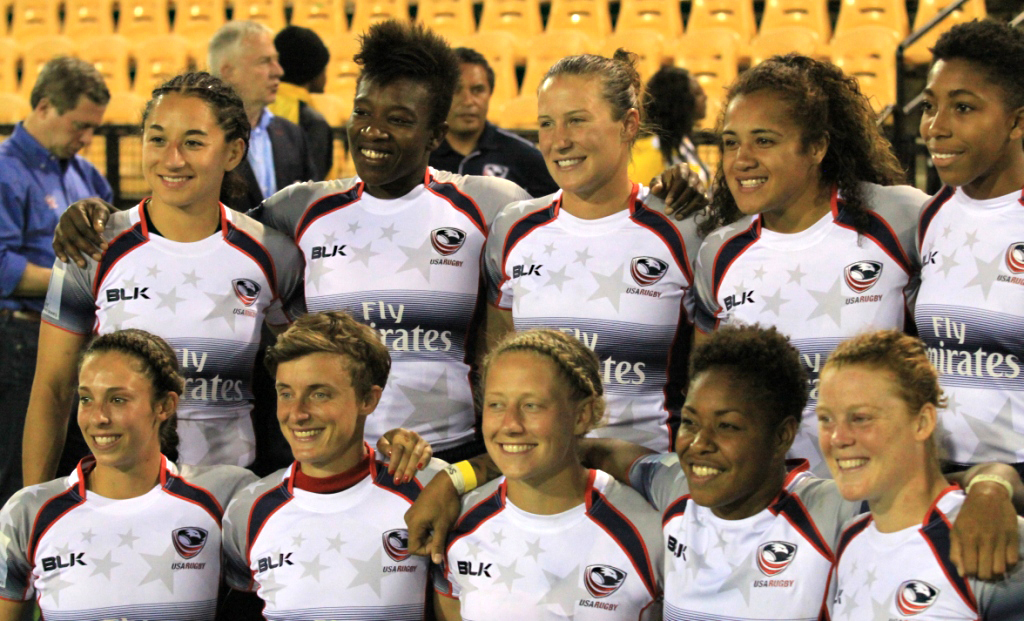 Women’s Eagles 2nd at Atlanta 7’s
The USA Women’s Eagles Sevens team moved closer to Olympic qualification Sunday with a 50-12 loss to New Zealand in the championship game of the Atlanta 7s leg of the World Rugby Women’s Sevens Series, an international rugby global tour featuring 12 of the best women’s sevens rugby teams from around the world. The Eagles gained 18 points from the third leg of the Series to move ahead of England and into fifth place. The top four teams at the end of the six-leg Series automatically qualify for the Rio 2016, the first Olympics to have rugby included in the Games Program since 1924.