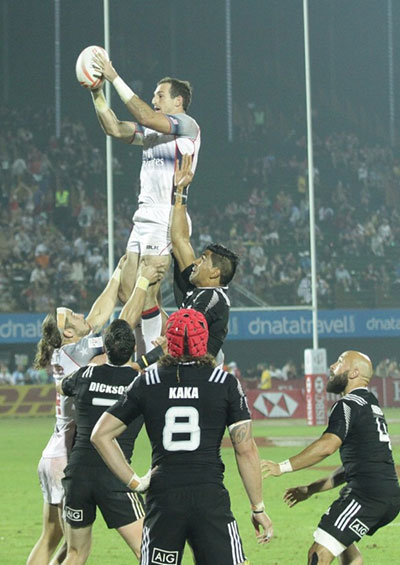 The USA women won their first Women’s Sevens Series match under Jules McCoy (beating Ireland 31-24) to finish 11th at the Emirates Airline Dubai Rugby Sevens Championship, while the USA men beat New Zealand twice on their way to a third place finish in Dubai. The USA women lost their first four matches in the tourney, including a 14-15 decision v. Japan in the Bowl semifinal. The USA men scored their first ever win v. the Kiwis to reach the Cup round, and then beat New Zealand again, 31-12, in the third place match, after a 24-19 loss to England in their semifinal match. The men came from 12 points down to beat South Africa, 21-19, to get to the final four