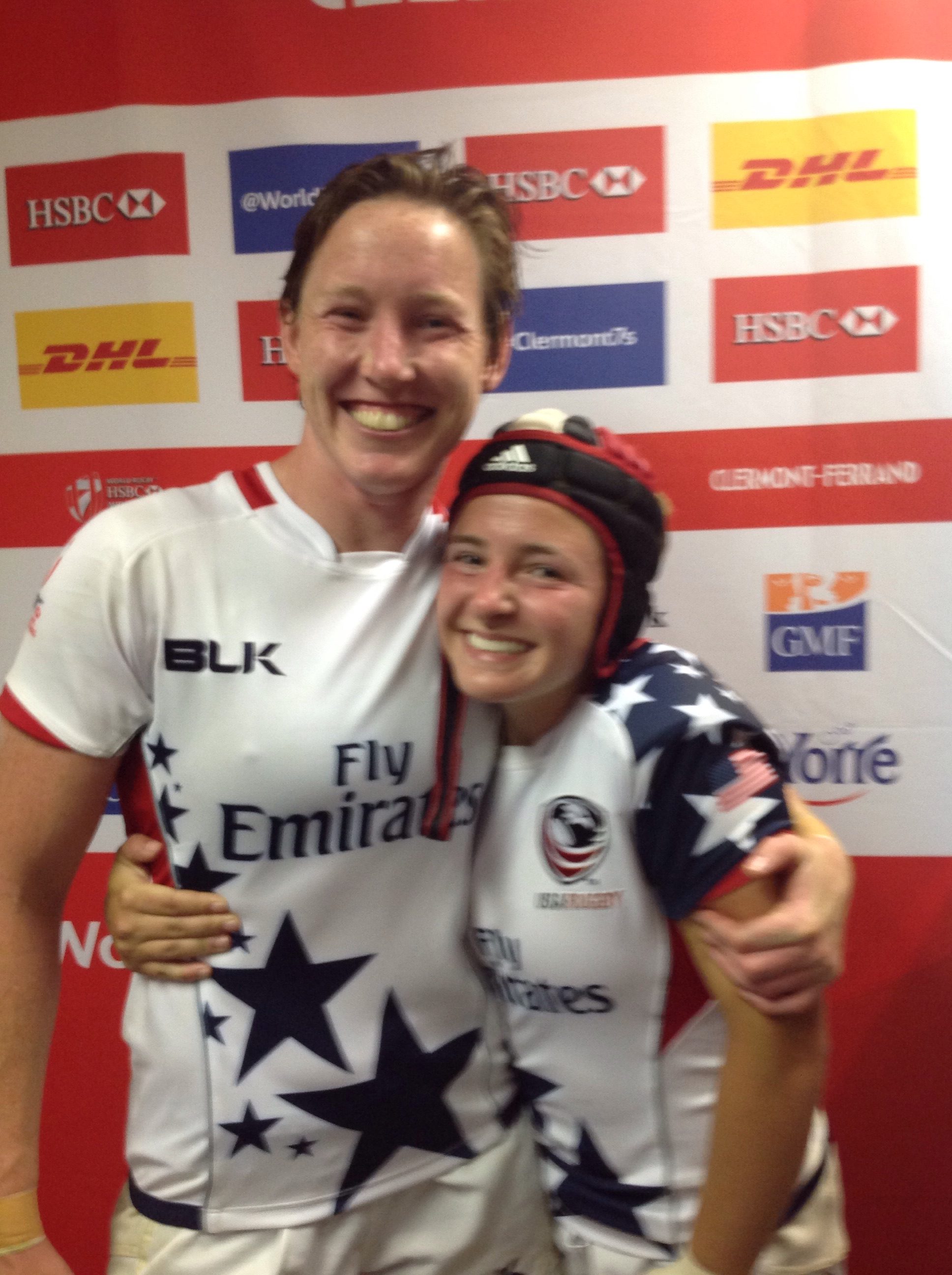 DSR.net: What are you saying to the team now?

Steinberg: In terms of the actual tournament it probably isn’t going to be a huge difference as long as we come as one of the top third place teams; because, if we had won that game (vs Spain) and beat Kenya, we would play Australia, and now we’ll probably, if we can get the points against Kenya, end up playing New Zealand.
(Note: USA ended up the second best third place team and played England in the quarterfinal. England won 21-12.)
So in terms of the outcome of the tournament not a huge difference for us; however, in terms of our growth as a team with a new coach, there was a lot of learning that happened in that game.

DSR.net: Learning in what respect?

Steinberg: When the team was really able to execute our structures and how we want to play, we play both on offense and defense and play really good rugby.The team is still trying to work on those structures with a new coach. Unlike every other team here that has had years to implement them, we’re still inconsistent. It is just a question of building up the consistency and understanding of what Richie wants from the players.

DSR.net: We seemed to just be getting the ball straight out and passing letting us down?

Steinberg: Yeah, what we would say is that we want to stretch the field, and we want to stretch the field a couple of times to really stretch the defense before we really attack. We are just being a little bit too eager. You see we try to stretch the field once and then we try something else. We need to have a bit more patience, playing with width again, and then looking to go an attack.
The conditions aren’t great and some of the passing is again a different alignment that Richie wants the team to have, and that is new to them, and that causes timing and depth issues.
When we scored our try, especially in the second half, we moved the ball wide, attacked hard, won the ball, moved it wide, – we scored. That was really good.

DSR.net: The speed on the outside? Excluding when Lilly Durbin scored her first try, the outside backs are getting caught?

Steinberg: Yeah, we are o.k. with that. The try came from Vix (Victoria Folayan) taking the outside, running hard, bringing the defenders in, to create space all the way on the other wing when Lilly scored. So we are o.k. with that, but we need to do that a few more times. We just need a little more patience straight through three or four phases to really break down some of the better defenses, a defense like England’s. It takes that sort of time for us to be able to disorganize them.

DSR.net: For the Paris World Cup in 2014 there were some issues getting 7s players to play with the USA team. Is that going to be an ongoing problem?

Steinberg: What we always want to do is put the players and their careers first. In the discussions I have had both with Richie and Alex Maglesby, I’ve expressed that having 7s players available will be important for the performance of the 15s’ team, and I think you saw that. In Paris we were basically the top ranked team that didn’t have 7s players available. Both us and Australia struggled to get our 7s players available.
From an organizational perspective there is an understanding that we are now into this cycle. The year after the Olympics is going to be a focus on Women’s 15s going to the World Cup. Then the focus will move back to 7s with the 7s World Cup in San Francisco.
It will be interesting, but it is the players’ call.
If Richie continues, he is a great believer in people need to play rugby. You take someone like Richelle Stephens. She is a great player, but Richelle will make ten tackles here this weekend … total. There are only five tournaments. Someone like her, who is 19/20 or Lilly, they just need to play more rugby.

DSR.net: I saw in 2013 there was this development plan designed so players would be brought along to peak at 27 or 28 years old. Now this squad is all over the place. Lilly is 17, and Carmen Farmer is 35. New Zealand they are all around 27 and Australia is even younger?

Steinberg: The difference we have had is that the USA hasn’t had a defined pathway up until last year. Last year the pathway was unified. There is now a collegiate 7s program. There is now the high school, U-20s, and Collegiate All-Americans all aligned with the Eagles and 7s teams. We can now do that. That is something that has always been in place in traditional rugby nations. That allows us to now identify that future.
Before we had no defined pathway, so we didn’t know who the 17-18-19 year olds were who we should be developing for 2020. Now we do.
We already have a list of players identified for 2020. We didn’t have that in 2013.

Steinberg: No, No. No! You can’t only work on four year cycles.
From Richie’s perspective he is focused on 2016. This team is focused on 2016.
If you look at like my role because I also do the pathways stuff, we’re the people, like Tam Breckenridge and Alex Maglesby, we are saying, ‘While Richie is focused on 2016, what is the group look like for 2020.’ We are building those structures, and I think we have them pretty much in place.
I think we are going to be in good shape. Richie has only been on the ground for two months and has two more months, so he is only half through.
I think we are in pretty good shape for the culture he wants to develop and the game he wants to play.