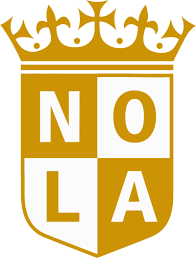 Major League Rugby To Open Season With Five fixtures in Vegas
New Orleans Gold moves to new digs for Feb. 8 season opener v. Old Glory DC
Although the New Orleans GOLD will start its season on Feb. 8 at home against Old Glory DC, five Major League Rugby (MLR) will play 2020 regular season matches in Las Vegas as part of the Major League Rugby Vegas Weekend, Feb. 9 and Feb. 15 – 16 at Las Vegas Ballpark.
The matches kick off on Sunday, Feb. 9 with newcomers, the New England Free Jacks, taking on last year’s semi-finalists, Rugby United New York in their inaugural MLR match. This will serve as a precursor to the official MLR Vegas Weekend, consisting of double-header matches the following weekend.
Utah Warriors vs New England Free Jacks and Rugby United New York vs Austin Herd are the Saturday games, while Toronto Arrows vs Houston SaberCats will be followed by San Diego Legion vs Glendale Raptors on Sunday.
The MLR event is the first of its kind to be hosted at the award-winning Las Vegas Ballpark. The new world-class stadium opened in April 2019 and in true Las Vegas style, it features a sideline pool for front row viewing. Previously the USA Sevens hosted an annual tournament in Las Vegas.
“We know that Las Vegas and rugby go well together. We wanted to give our fans the opportunity to support their team on the road and take in a whole weekend of MLR action, all under the bright lights of Vegas. We can’t wait for February,” said MLR Commissioner Dean Howes.
Tickets for the MLR Vegas Weekend are on sale now and can be purchased online at www.thelvballpark.com. Single day tickets for MLR Vegas Weekend start at $20 with multi-day packages starting at $35. Tickets for youth ages 4 – 14 are $10 for single day and start at $15 for multi-day packages. Children three and under are free. Group tickets and VIP packages are available by contacting VIP@emersionsports.com.
As MLR continues the effort to grow rugby from the ground up, the weekend event will be in partnership with the Vegas Invitational Rugby Tournament, an annual amateur rugby tournament for all ages and all levels with 7’s and 15’s brackets set to take place Feb. 13 – 16. Participating teams in the tournament will receive tickets to MLR Vegas Weekend matches as a part of their package. To register for the tournament and for more information, visit www.emersionsports.com.
Major League Rugby is entering its third season representing the highest level of competition in North America. The league evolved from seven teams in 2018 to 12 teams in 2020, featuring 11 from the United States and one from Canada distributed across an Eastern and Western Conference. The competition follows a league plus knockout format where teams play 16 regular season matches for a chance to advance to the playoffs. Matches are broadcast on CBS Sports Network, Facebook Live (for international viewers) and on different platforms in each local market. MLR prides itself on its incredible athletes, the passionate community behind them, and its strong values of Respect, Inclusivity, and Tradition.