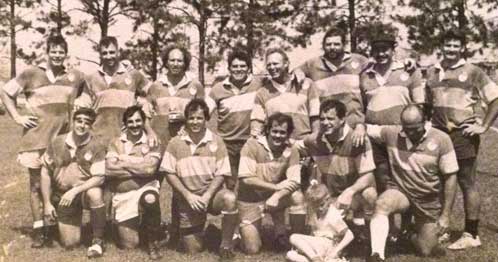 I’m guessing 1983, since Patroni is included and be didn’t play after he broke his ankle in 1984. But that would mean that’s not Smoke’s daughter in front of him, as she was then just a glint in Smoke’s eye.

Bear and David Van Winkle and I think the three other guys from Ft. Walton.

For a free DSR t-shirt and lifetime subscription to our site, who were we playing? Email answers to mulletwrapper@gulftel.com