What Will Eagle Success at 2019 World Cup Look Like? 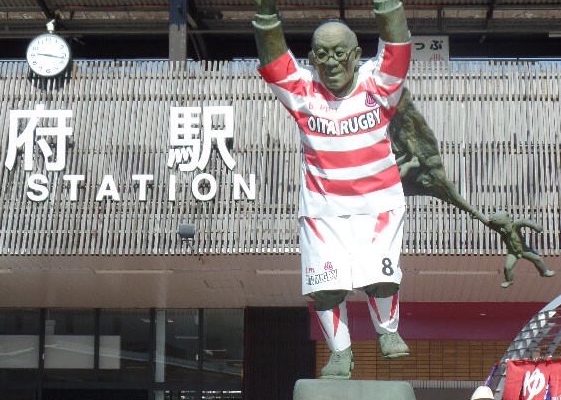 It is ten days until the 2019 Rugby World Cup in Japan. This will be the ninth version of the tournament that was first held in 1987. Since the 2003 tournament the format has been five teams in four pools with two teams from each pool moving into the knock-out quarterfinal round.

Because there are nine countries that are consistently the most dominant teams in the sport, one of the pools will have three of these teams. These teams are New Zealand, Australia, South Africa, Argentina, England, Wales, Ireland, Scotland, and France. In the sixteen quarterfinal matches that have been played since 2003, only one other nation (Fiji) has made it out of a pool to play in a quarterfinal. In 2007 Fiji lost 37-20 to South Africa who went on to win the tournament. The pool that has three dominant teams has been called, “The Pool of Death”. Because the probability of two or even three teams having the same record after pool play is higher in this pool, the decision about who will go through to the quarterfinal could come down to point differential or which team scored the most points.

The USA has landed in “The Pool of Death” for the 2019 tournament. For the first time in World Cup qualification history the USA defeated Canada in their home and away qualification matches to win the North America #1 spot and landed in Pool C with England, Argentina, France, and Tonga. Tonga represents the best chance of a win for the Eagles. The USA is currently ranked 13th in the world and Tonga 15th.

Winning a World Cup match would certainly make this a successful tournament. In their seven previous appearances in World Cups the USA has won 3 matches, beating Japan twice (1987, 2003) and Russia once (2011). Tonga will not be an easy opponent. The two teams are meeting in their last match of pool play, so the team that wins could be the team which enters the match on October 13th with the majority of their starting 15 still healthy.

Another measure of success could be NOT setting a new record for the largest negative point differential in the USA’s history of World Cup play. The three powers in the pool will be going into their matches with the USA with the knowledge that how many points they score could determine if they stay alive in the tournament, so keeping the point differential below the record level set by Mike Tolkin’s team in 2015 will be hard. The point differentials for the USA in the four pool/five team tournament format have been -39 (2003), -81 (2007), -84 (2011), and -106 (2015). In the 2015 tournament Coach Tolkin put most of the starters on the bench for the match against world power South Africa. They lost 64-0. The ostensible purpose being to save the starters for the final match against Japan which Japan won 28-18.

The USA has never been in a Pool of Death. The Pool of Death point differential record belongs to Namibia. In 2003 they were in the pool with Australia, Ireland, Argentina, and Romania. Namibia scored 28 points while their opposition racked up 310 points. I think that record is safe.