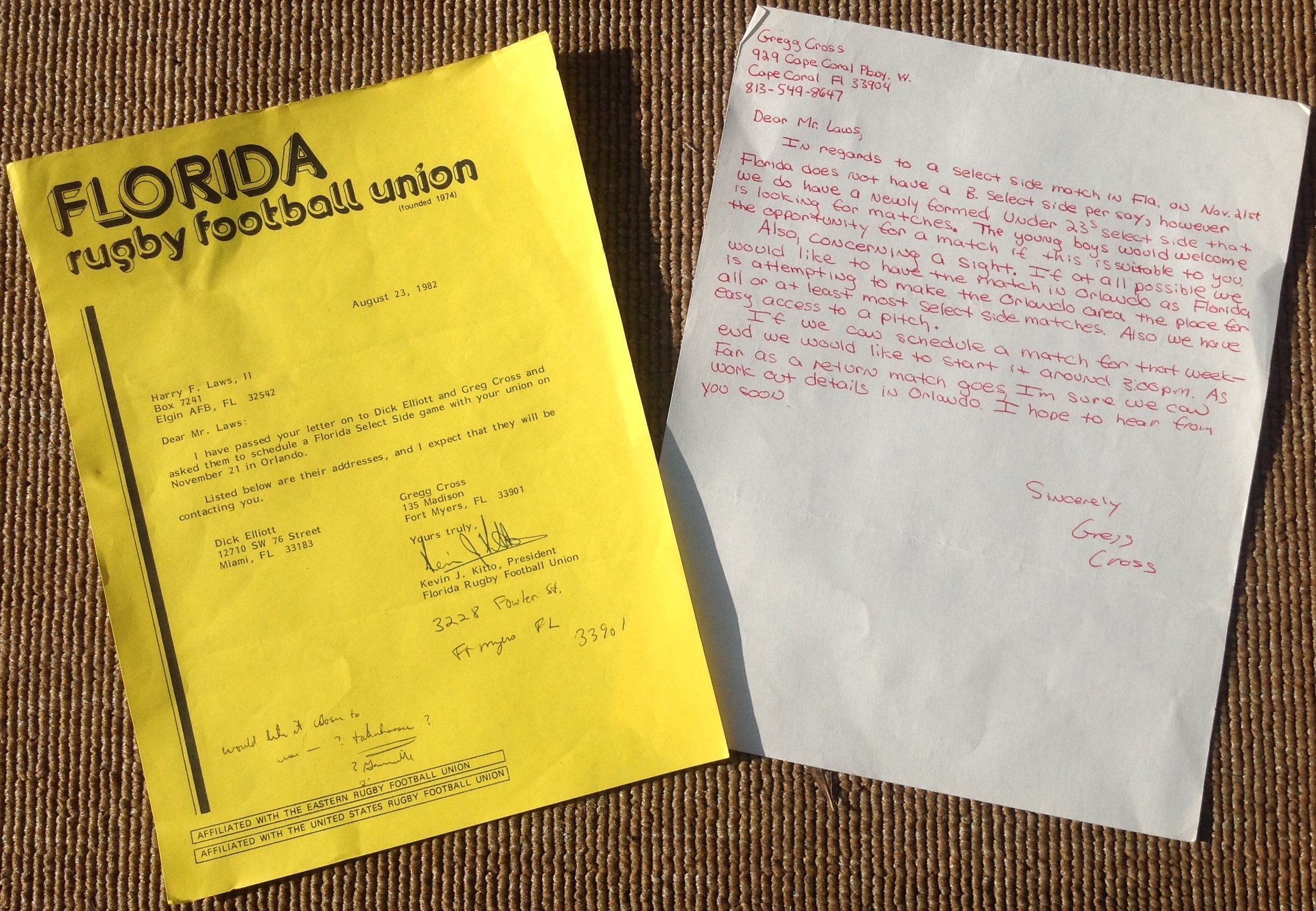 In August of 1982 Harry Laws, as manager of the team, began searching for matches for a select side representing the eastern division of the Gulf Coast Rugby Union. The photograph with this article is of letters from Kevin Kitto and Greg Cross setting a match with a Florida u-23 side for Nov. 21st, 1982, in Orlando.

On a piece of paper ripped out of a spiral bound notebook, Laws recorded the following result, “We won. Many to one try + conversion – was their first match.”

Below is the Gulf Coast Eastern Division Select Side

As mentioned in an earlier post, these efforts to organize select side play were being made as email and cell phone technology are yet to emerge. The FCC officially approves commercial cell phone use in 1982 and by the end of the 1980’s most of the United States is covered by cell phone service. Commercial email providers appeared in the 1990’s with AOL, Prodigy, and Compuserve starting in 1995.

On the piece of ripped out spiral notebook paper is information about 4 matches. The first is the above mentioned match vs Florida U-23 on Nov. 21, 1982.

The following dates are recorded prior to the third match:

There is a note, “Roberts Replaced Carryin fr INJ” at bottom of team list.

The following information is what is recorded about the 4th match on the paper and appears to be information about the Gulf Coast East Division’s second match during the Battle of New Orleans select side tournament.  “2nd game Beat Ozark”

The only players listed were: 9. Andrews 10.Laws