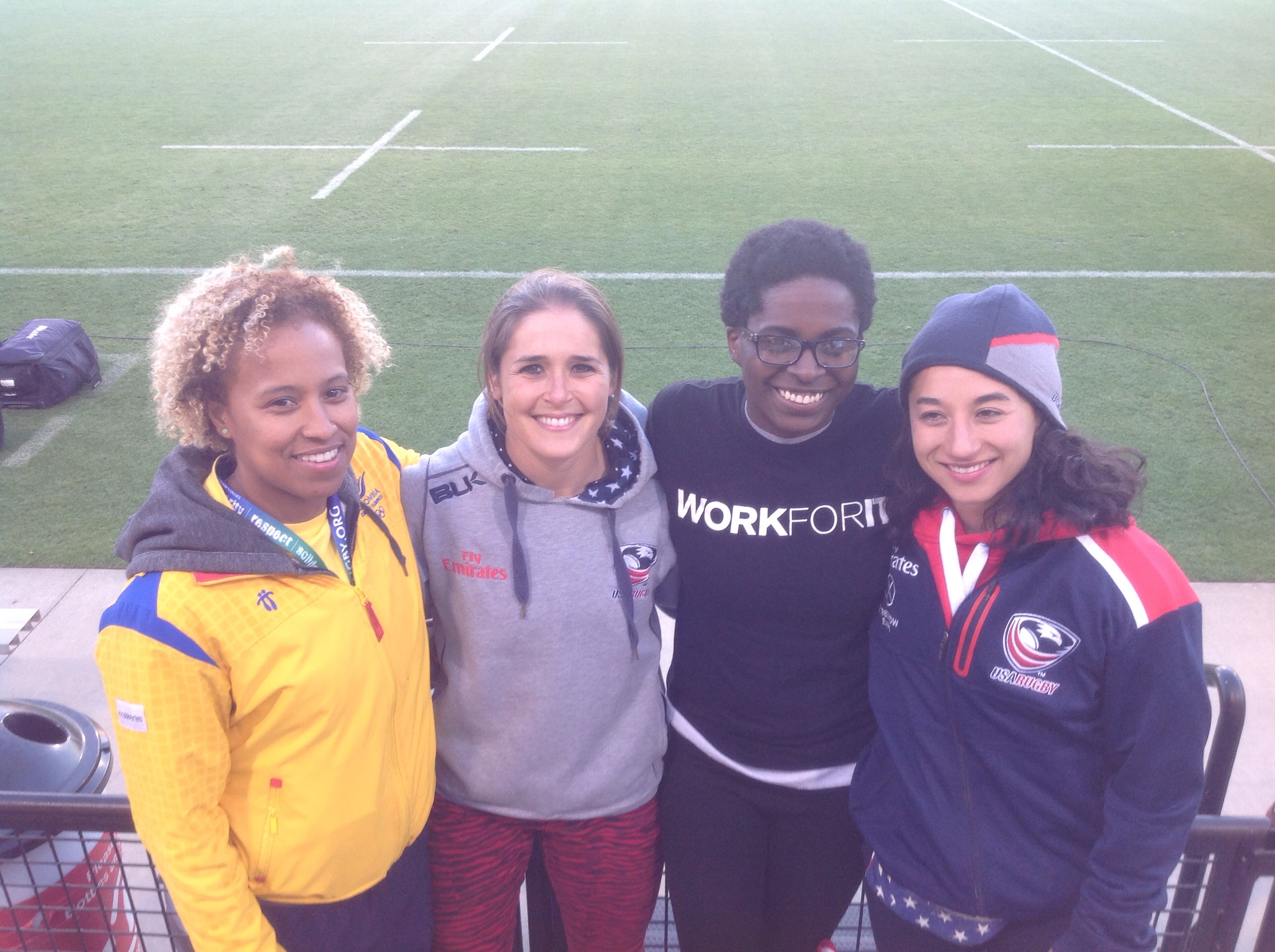 The USA women started the 2016 Atlanta 7s tournament with a convincing 24-0 win over Spain. Three years ago at the Sevens World Cup the USA luckily squeaked by Spain for 3rd place. On a rainy evening in Moscow, as time ran out, Spain missed a conversion in front of the goal posts to send the match into overtime. Vanesha McGee scored the match winning try to give the USA third place. Much has changed in three years.

As the sun went down and a cold breeze chilled the bones of fans at the Atlanta 7s, the USA Eagles eclipsed 2013 World Cup champs New Zealand 12-5 on a fantastic try by Jessica Javelet. This put the Eagles at the top of Pool C. In the final match of the day Japan, who didn’t participate in the 2013 World Cup, defeated Spain 15-7 and sent the Spanish to the bottom of Pool C.

This year’s 7s series is part rugby and part chess match. Coaches have strategies to put their teams in the best position to win a medal in Rio. The victory over New Zealand on the face of it would seem to be a good indication of the USA’s ability to win gold, but to medal you need to be not just good, but also smart. Sean Horan, New Zealand’s coach, said, “We aim to win in August and that means trying new combinations and tactics over the next three tournaments, so that come Rio we’ve given ourselves every chance of winning.”

One tactic is to find the easiest way through the knock-out round. By beating New Zealand the USA will face the current number 1 team in the tournament series, Australia. New Zealand will face the weakest quarterfinal opponent, France. Did New Zealand intentionally lose the match. Probably not, but star player Portia Woodman did not play. Three previously uncapped players featured in the match against the USA.

Former assistant coach and now head USA coach Richie Walker has a daunting task ahead. Tomorrow, April 9th, his side has to show they are medal contenders by beating at least 2 of the best teams in the world on home soil with home crowd support; otherwise, confidence that they can do this in Rio in August will dwindle. There is definitely talent on the USA team, but today’s performance showed weaknesses in handling and whole match intensity. Although they easily defeated Japan 33-12, toward the later stages of the second half a small Japanese team began to dominate.

Teams like Australia, New Zealand, Canada, England and emerging sides like Fiji, France, and Russia will play the USA much closer, and in Rio the Eagles will pay for mistakes with gold, silver, & bronze.