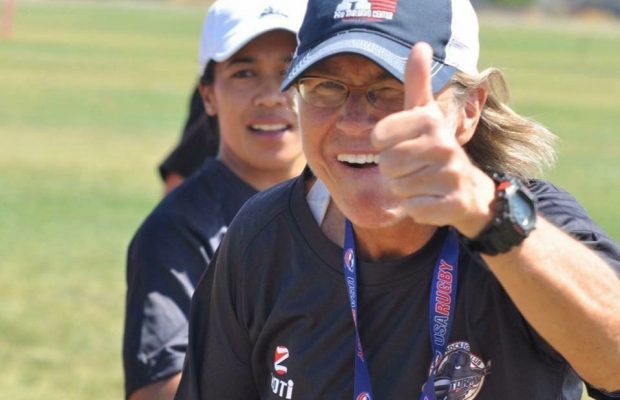 In March of 2016, 4 months before the Olympics, Jules McCoy was “released” from her contract almost as quickly as she was hired. When Coach Suggitt (RIP) was suddenly “released” in September of 2015, new Coach McCoy was introduced to the team before they were told Sluggo was gone. There were reports of players being shocked at Suggitt’s exit and disappointed that Coach Suggitt’s assistant coach, Richie Walker, didn’t take over.

McCoy struggled to get the right or authority or whatever you call what is considered the normal practice of hiring your own assistant coach. Richie Walker remained as assistant coach. He was reported to be upset about not getting the head coach position and focusing more on other interests (coaching camps, player development opportunities) than the assistant coaching role. For the first tournament in the series in Dubai in December, 2015, Walker wasn’t on the sidelines. Admin appointed someone from the men’s squad to be assistant coach. This substitute took a very active role from the sideline yelling at players. Players were reportedly confused. The Eagles lost all 3 pool matches (Canada, Fiji, Ireland) . Canada was expected, but Fiji and Ireland were surprises. They ended up 11th. By the next tournament (Sao Paulo, Feb. 2016) McCoy had finally gotten approval to hire her own assistant, Chris Ryan.

Before Dubai in an interview with Jackie Finlan, McCoy spoke about having to make decisions about selections for the Olympics in January. She talked about some players who were currently recovering from injuries (Bui Baravilala, Vix Folayan, & Hannah Lopez) . McCoy mentioned a concern about drug tests for players selected less than six months before the Olympics. McCoy talked about how these injured players would understand decisions were being made for the good of the squad and to achieve the goal, a medal. Imagine your rage if you were an injured player who had given up your life since 2012 to become an Olympic athlete. Your dream had been to be an Olympian for as long as you could remember. You had given up a lot to get this far and now a new coach who didn’t know your sacrifices had just taken over.

McCoy also introduced new systems. Some players reportedly had trouble adjusting, but by Sao Paulo they were doing much better. They finished 4th. Six different players were in the squad from Dubai. Included in this new squad were two new players from McCoy’s American Pro Rugby Training Center and also getting her debut for the Eagles was current 7s star Naya Tapper.

In the weeks after the Sao Paulo tournament USA Rugby administration had players anonymously fill out a survey. As far as I know the nature of the survey or the results have not been reported. On March 22nd the announcement was made that Jules McCoy had been “released” from her role as coach and for “continuity” Richie Walker was appointed coach.

At the HSBC tournament in Atlanta in April, 2016, I met a friend who was also a friend of McCoy’s. At this time there were lots of rumors. My friend told me McCoy’s contract ran through the Olympics, so she was not talking. She showed me an email that another close friend of McCoy’s had sent the day after McCoy was released.

The email eluded to a player who had been so brazen as to give McCoy a power structure for the team which had this player at the top. The picture is painted of a power struggle between a player and McCoy with administration ultimately coming down on the side of the player. Administration was stated to be of the opinion that the USA Women wouldn’t medal without this player. McCoy would have to go.

At the 7s World Cup in San Francisco in July, 2018, I ran into the friend who had shared the email with me in Atlanta two years earlier. I asked what had happened with McCoy’s contract. She had heard a rumor that disputes were settled out of court and part of the resolution was McCoy’s agreement not to discuss. I contacted USA Rugby to try to get response to this, but have had no response to inquiries.

McCoy was asked to drop her medical practice as a neurologist, leave her work at American Pro Rugby Training Center, move from Arkansas to California, and put together an Olympic medal winning squad. Within months of her commitment it seemed many of the same people who were happy to make these demands of her had changed their minds. These were many of the same people who were sinking USA Rugby into the RIM financial fiasco. There were rumors that Suggitt was released because these same people didn’t feel he would be able to bring a medal winning squad to Rio, but just as McCoy was showing progress, she was released and the assistant coach from Suggitt’s era was put in charge, and a largely Suggitt recruited squad went to the Rio Olympics where they finished 5th.

Dr. McCoy was contacted to comment on the above article. She stated there was no gag order and added, “After much consideration, I think the events of the past two years have spoken for themselves, but yes, I was deeply hurt; however, as I tell my players, we can get bitter or we can get better, so I chose the latter. I pray the program is in better hands.”