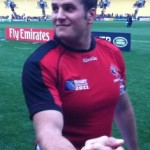 Please see the attached Laws changes that will go into effect this fall. They have some pretty big changes going into play this year –  from the scrum moving to a three count to line out options being given in some new situations.Some do not apply until after 7’s is over.
I plan to follow it up with some local clarifications in another article. Set is going to be the new command to engage on the scrum call, and well won ruck ball will have a time limit on it.
Please see attached letter from USA rugby.

This week the IRB issued a number of small changes in Law.  Implementation dates vary – some go into effect now and others at the start of the next Fifteens season (September 1 or thereabouts).  The exact wording of the new Laws is in the attached document.

These changes are on a Trial Basis.  After some practical experience has been accumulated, the IRB will be soliciting Union opinions.

The two lines that delineate the beginning and end of lineouts – the five meter line and the fifteen meter line – are now to be dashed lines.  Formerly they were dotted.

A team may now nominate up to five replacements/substitutes and may use all of them.

Effective at or around September 1, 2012

These changes are not to be implemented in Sevens this summer.  They may be used in pre-season matches preparing for the fall 2012 league seasons.

Female players may wear cotton blend long tights with single inside leg seam under their shorts and socks.

This is pretty clear…if you are not female, don’t wear tights.  Please do not ask me the rationale for this as I am not a mind-reader.

In Law 4.4, single-toe replaceable studs are prohibited.  The IRB has approved, on a trial basis, one particular configuration of single-toe studs.  It is shown in the attached document.  All other forms are still illegal.

When a try is scored, the scoring team now has one and a half minutes (90 seconds) FROM THE TIME THE TRY IS SCORED to take the conversion.  This is playing time, so if there is an injured player who has to be treated or removed before the kick, time is off.

If the ball is knocked-on or thrown forward into touch, the non-offending team may choose the lineout (where it crossed the touch line) or the scrum (where the knock occurred).  If they take a quick throw-in, they have made their choice.

And someone has already asked about knocks that go into touch-in-goal (or across the dead ball line).  That situation is covered by Law 12.1 (c) and this change is not applicable in that case.

This puts a “use it or lose it” requirement on rucks.  Once the ball is clearly won and available to be played, the referee will call “use it” after which the ball must be played within five seconds.  If not, it is a turnover – scrum to the other team.

This is the biggie….a change to the process:

* Referee says “crouch” and the teams crouch (or remain crouched if already down).

* Referee says “touch” and the four props reach out and touch and then withdraw their arms.

* When the referee is satisfied that the front rows appear ready to engage AND ARE STABLE, the referee says “set”.  The front rows may then come together when ready.  This is not a command.  It is permission.

This change is only for free kicks and penalty kicks awarded at lineouts.  A team that is awarded a kick may choose to have a lineout instead of the kick.  And of course they may also choose a scrum in lieu of the kick.

Changes for selected International Competitions.  These are not for implementation at the local level.

A Union may nominate up to eight replacements/substitutes.

[The USA is already doing this per the provision in Law 3.14.]

This expands the use of the TMO.

And here are some videos that may help: