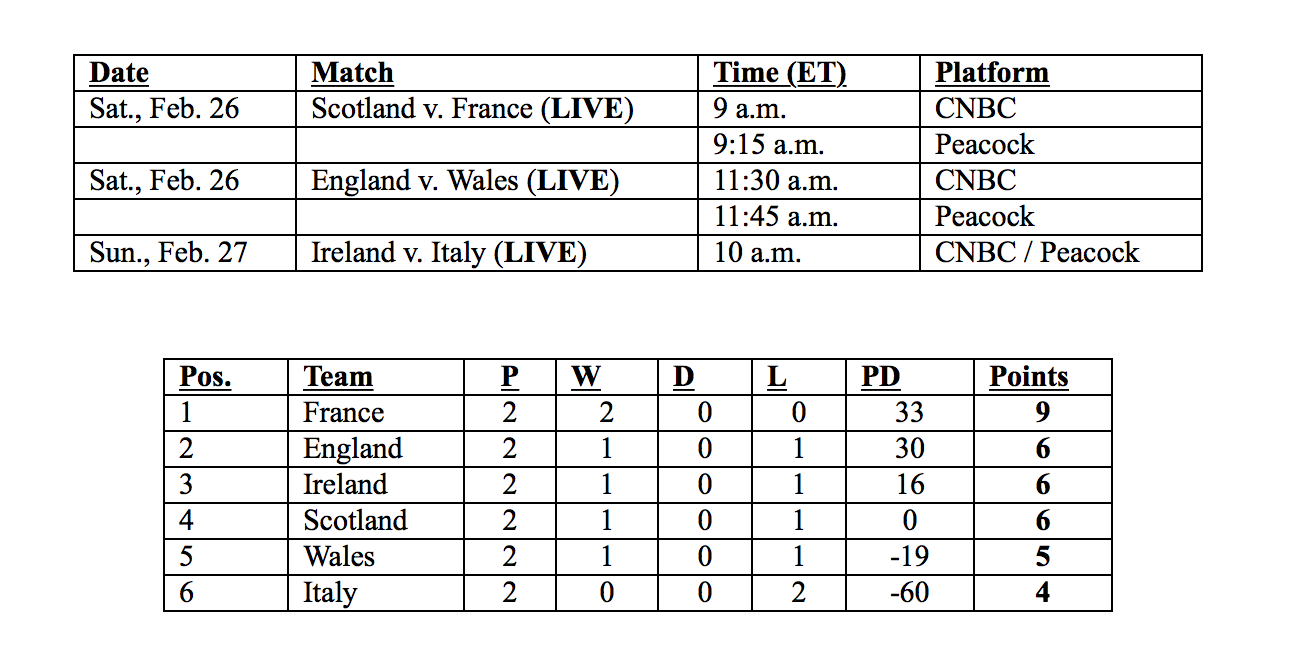 NBC Sports presents third round coverage of the 2022 Guinness Six Nations Rugby Championship this weekend, Saturday, Feb. 26 and Sunday, Feb. 27, with all three matches live on CNBC and Peacock. NBC Sports’ Six Nations coverage is part of an extensive collection of rugby programming across NBC Sports platforms which spans the calendar year, including the Tokyo Olympics, Gallagher Premiership Rugby, the HSBC Sevens Series, the 2021 British & Irish Lions Tour of South Africa, the 2022 Women’s World Cup in New Zealand, and the 2023 Rugby World Cup in France. Rugby offerings are available to U.S. commercial establishments through the NBC Sports Pub Pass – a customizable direct-to-consumer platform developed specifically for the retail pub/restaurant market in the U.S. Through the Six Nations Championship, all tournament matches will be available live, commercial-free and on-demand.
Wales, looking to defend their 2021 Six Nations championship, has 28 outright titles, the second-most all-time (England, 29). Wales’ 2021 title was their second in the past three years, while Scotland, who finished in fourth place last year, is in search of its first title since 1999, when the tournament was still the Five Nations Championship. Since 2000, Scotland has not finished higher than third place.
England finished in fifth place last year after winning the 2020 Six Nations championship, — their 29th outright title, the most all-time.
England’s 2020 title was their first Six Nations championship since 2017.
France aims to secure its 18th outright title and sixth of the Six Nations era (beginning in 2000). Interestingly, Ireland finished third in last year’s tournament for the third consecutive year.