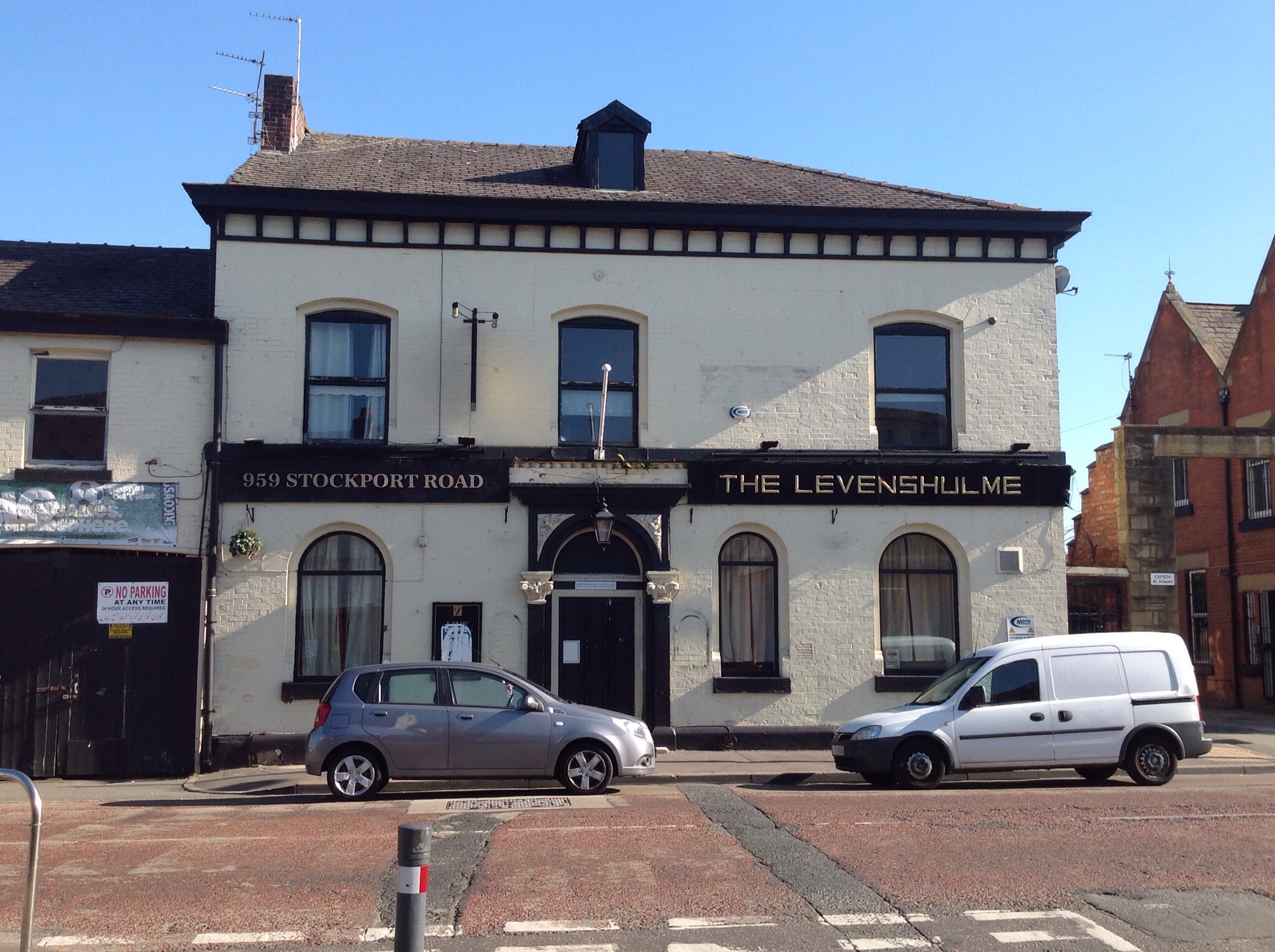 I strolled down a sunny litter strewn Stockport Road looking for a pub. The smells of curry and kebabs swirled about as cars, white vans, and buses rushed to and from Manchester. In an hour Wales would kick-off against Fiji. I was on a quest to find World Cup rugby atmosphere.

The sports pub would be showing rugby, but it would be Wigan vs Huddersfield in a rugby league contest. The Fiddler’s Green was devoted to horse racing. The Levenshulme had its televsions installed that very day. There was some uncertainty about the connection. I settled in with a pint of John Smiths and fingers crossed. As the Welsh anthem started, the television flickered “no signal”. The barman rushed to fiddle with the cable. The few anxious moments faded as Fiji’s Bole, their version of the haka, came in clearly.

There were a half dozen folks in the pub listening to Rod Stewart and lazily passing a Thursday afternoon. One was child minder absentmindedly rocking a stroller while sipping her lager. Every 10 minutes or so she would push the baby outside for some sun while she had a smoke. As the time moved past 5 pm a few more people came in. There English accent was all but unintelligible to me. This was a working class pub on the fringe of the great industrial city of Manchester. The street outside was lined with betting shops and kebab takeaways. The sport of choice was Footy, soccer to us Americans.

As Wales was valiantly holding on to claim a 23-13 victory over a constantly threatening Fiji, the fellow in front of me slid over to chat. He was finishing his 3rd pint and his 4th was in front of him. I struggled to understand his words. It slowly dawned that he was talking about England’s chances against Australia in their upcoming match on Saturday. He knew England would win because he had never heard that Australia played rugby. He asked, ” They only play cricket, right?” He was not having me on. He told me he liked football, but followed the rugby when England played. Then the conversation detoured into an area which I had even more trouble understanding. I’m not bad at English accents as I worked in London for a few years with Scousers, Cockneys, Geordies, and am married into a Yorkshire family. This seemed a garbled mash of them all. Slowly after several repetitions I got the thread. He was talking about the pub and gays. The new pub ownership tolerated gays. He asked if I was ok with gays.I assured him I was. Not being sure if this was the the answer he was looking for, I finished my pint and wandered off to find a kebab before France v Canada.

Four years ago before leaving for New Zealand I was in London for a couple of weddings. While staying at a B&B by Victoria Station, I spent an evening at a nearby pub. As you do in pubs, I started chatting with Shane from Sheffield. He was working in London restoring an old building for Google or something like that. He was a Manchester United fan with a love of golf and a passing interest in rugby union when England was playing. We talked for a few hours about everything from sport to the meaning of life. We explore the possibility of a house swap for the 2015 World Cup, and then we went out separate ways. A couple of emails over the next 4 years determined the house swap was not going to work for either of us. I had the vague impression he lived in Stockport. When I knew I was going to be watching matches around Stockport, I sent him an email to see if he wanted to meet up. Shane now 4 years older with 2 more kids showed the email to his wife, Jill. When she saw it, she said, “Well, you have to go. Don’t you?”

We met outside The Levenshulme where 3 local chaps were questioning Shane on why they hadn’t seen him in the pub before. He told them he was meeting an American to watch the rugby. They didn’t believe him. When I walked up wiping kebab juice from my chin, Shane presented his American friend. I impressed them with my best south Mississippi accent and left them a bit bewildered as Shane and I walked off to find another pub to watch Canada’s ever improving effort in their 41-18 loss to France and catch up on the meaning of life.