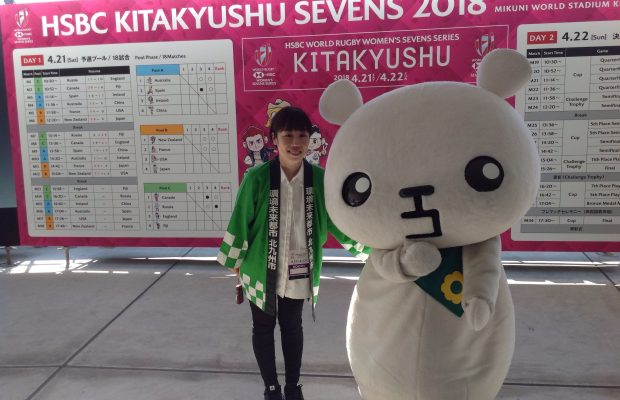 The USA Women performed woefully on Day 1 of the Kitakyushu 7s. They were shut-out by France 36-0 in their opening match. After jumping out to a quick lead with a try against New Zealand, penalties and pathetic defense had them trailing 21-7 by half. The second half started with the Eagles grabbing another quick try when Naya Tapper fended off the potent Portia Woodman, but that was all the positives there would be. The Black Ferns were up 31-12 at full time. Going into the final match the Eagles needed a 31 point margin against hosts Japan to make it into the Cup play-offs. Sadly they had this margin and then let it slip away in the final moments of the match. Coach Walker subbed in the bench like the coach of a little league team who needs to make sure everyone got some playing time.

Where do the Eagles go from here? Tomorrow they play Japan once again and then probably Canada for the dubious honor of claiming the 9th place trophy. What is happening? Who is to blame? Coach Julie McCoy had less than 6 months to prove her abilities as a coach before she was sent packing. Coach Walker has been at the helm for over 2 years now and the Eagle Women are drifting further into mediocrity. Defensively they are quick to buy the feeblest of fakes and their indiscipline has them penalized at the most inopportune times. France, New Zealand, and Japan scored 84 points against them in 42 minutes of play. Unbelievable!! That is 2 points a minute!