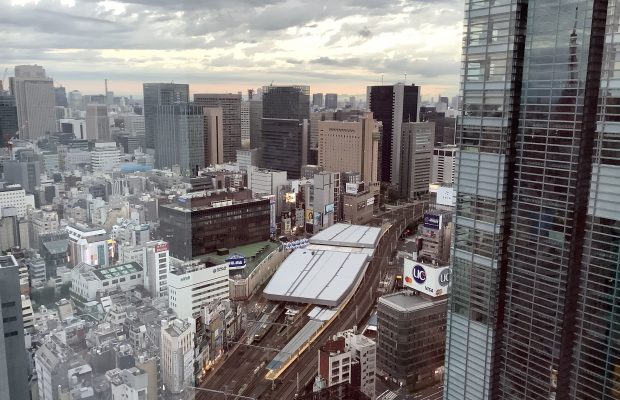 DeepSouthRugby.net  is on its way to cover the 2019 Rugby World Cup. By the time this is posted we will have landed in Tokyo and booked a Shinkansen (fast train) to Kobe for USA v England. This will be the fourth consecutive men’s rugby union World Cup that we have attended and reported on and probably the last. Age and creeping apathy make the efforts to go beyond a streamed match viewed on an IPad from a recliner in my living room almost too comfortable to resist.

Emerging from an area that tried to cling to the amateur nature of rugby union for close to two decades after the amateur ship sailed, DeepSouthRugby.net navigated the media networks of the rugby world to be credentialed journalist at a multitude of matches and tournaments. We never accepted or solicited advertisements. We told stories to try to bring more to the article that a match report. Match reports were available elsewhere. Sport seems all too often to be primarily about who won. What we strived to provide was a hint of the atmosphere and a porthole view of the place of the USA in the global rugby ocean.

When writing about the USA’s participation in Rugby World Cups, there was not often much winning to write about. In the ten USA World Cup matches I have attended I have seen one victory, USA vs Russia in New Plymouth, New Zealand, in 2011. In the lead up to the 2015 World Cup, the USA had a match against Ireland in Houston. During a prematch event at a Houston bar I was talking to Paul Emerick, former USA Eagle, about the USA match vs. Samoa in St Etienne, France, during the 2007 World Cup. Paul was outstanding in the match and the USA  should have won. I threw out that before I die I would like to see the USA get to the quarterfinals.

Paul replied, “Not in our lifetimes.”

The USA team is being touted as the best USA team ever. This is because more USA players are playing professionally overseas or in the USA’s own professional league. But the other teams are that much better, also. The USA’s success in the qualification process placed it in a pool with three teams (England, France, and Argentina) that the USA has never ever come close to beating. The best hope for a win is against Tonga.

Tonga is currently ranked 15th in the world and the USA is ranked 13th. Tonga is a country with a population less than half the population of New Orleans. Tonga’s best players are pilfered by other countries with more to offer athletes or excluded because of personal and financial obligations to their families and professional clubs that pay their salaries. The Tonga side playing in the World Cup is effectively their B-side. That match will be the last match the USA plays in this World Cup on October 13th. Who wins could come down to which team has suffered the fewest injuries in the previous three matches.

If you read our article from last year’s HSBC Women’s Seven’s Tournament in Kitakyushu, you might recall our reported comments from a Japanese rugby fan about the popularity of rugby in Japan. This gentleman started by ranking rugby below sumo wrestling and judo. The list of more popular sports continued to flow. I counted ten more popular sports by the time he got to badminton. At which point he thought that might be it.

In 2011 when we flew to New Zealand for the World Cup the airline’s safety video featured All Black players demonstrating fastening seatbelts and lifting old ladies to put their luggage in the overhead compartment. On the flight to Tokyo I asked the Japan Air cabin steward if there had been many people flying to the Rugby World Cup. He had not noticed any and was unaware it was taking place in Japan. Hopefully soon we will have World Cup atmosphere to report.