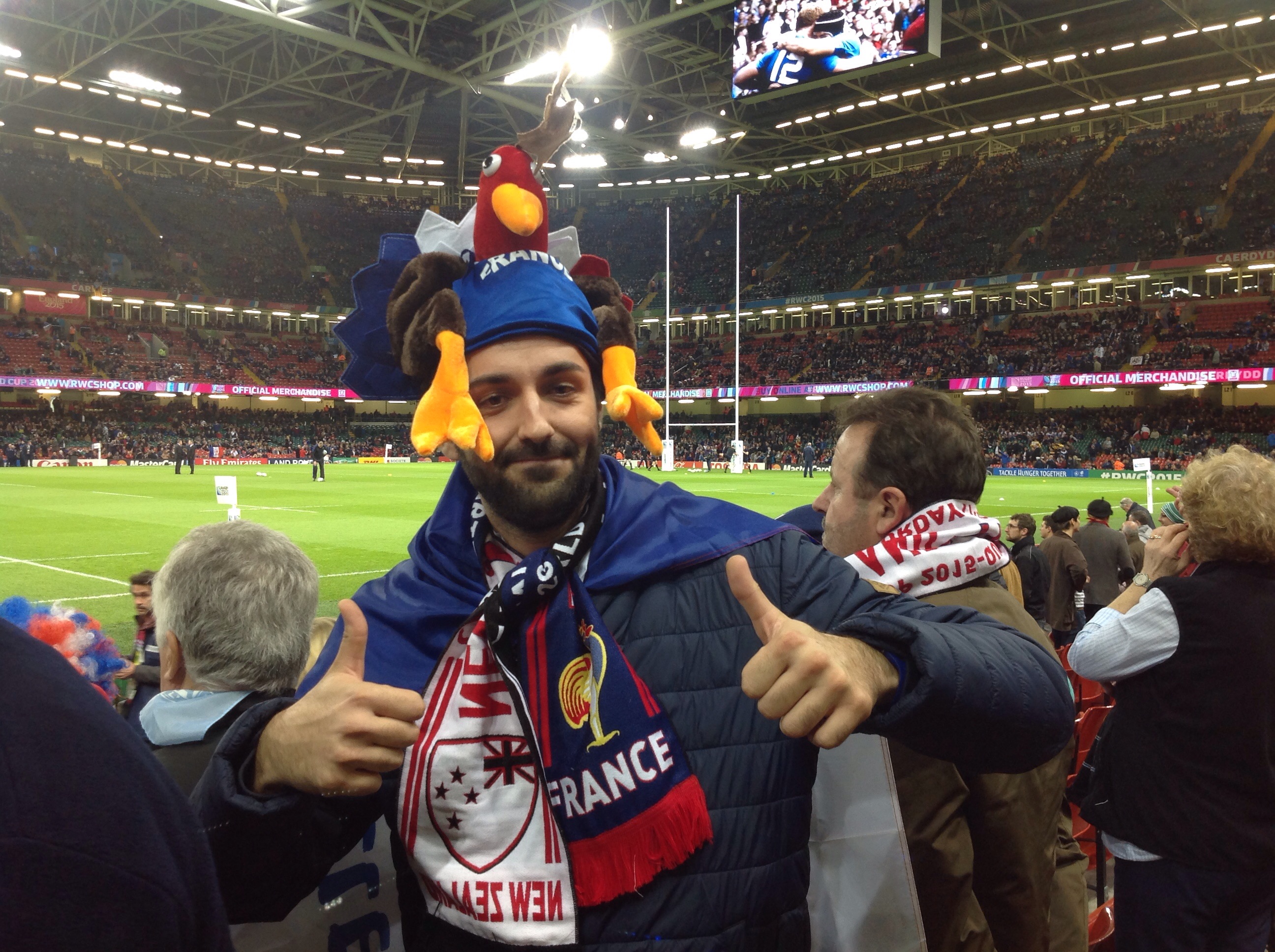 I sat in the crowded Cardiff Blues club bar in the shadow of Millennium Stadium surrounded by red shirts with a pint of Brains in my hand. The sound on the tv went on the fritz as the anthems began. Someone made the joke that the South Africans sounded like they were singing in Welsh. When the Welsh anthem began, the tv sound was not needed. The room exploded with 200 harmonious voices that must have been heard in Twickenham. When Wayne Barnes was announced as referee, the room sagged in agony. Maybe not this time. “Come on bechgyn!”

The club knew they would be playing against 16 and soon it was evident. An endless stream of penalties (22 total) slowed play and seemed to favor the Springboks flowed from Barnes’s whistle. By the second half the Springboks plowed into loose play with an abandon which seldom left anyone on their feet. The Welsh repeatedly penalized for this and other marginal infringements in the first half started to hold back. The South African’s amount of possession in the second half soared on their way to a 23-19 win that put South Africa into the semi-finals. The South African’s ended with 7 penalty kicks at goal and Wales 4. The final play of the match had Springbok #16, Strauss, throwing the ball out of a Welsh ruck laying on his back as Barnes stood over him. Insult to injury as South Africa’s first penalty points came from a very marginal call on Welsh winger, George North, as his knee went to ground almost simultaneously as he stripped and passed the ball.

I wandered through the Cardiff throng of dazed and devastated Welsh, colorful and hopeful French, black clad and confident Kiwis, a sprinkling of blue striped Ole’, Ole’, Ole’ Argentines, and green clad intoxicated Irish. When I signed in at the press center, they told me my seat was only 15 meters away. I thanked them for taking care of the old guy and found my way to a fantastic spot at midfield ten rows up. Three minutes before kick-off the stadium rocked to “Allez les Bleus” as the All Blacks got ready to Haka. Eight minutes into the match the score was leveled at 3-3. At half the French were trailing 29-13 and there was a deluded smidgen of belief that this French side could pull off an upset like in the ’99 semi-final. When the French #8, Picamoles, was yellow-carded for punching All Black captain Richie McCaw six minutes into the second half, the Kiwi try machine shifted into high gear. They scored 5 tries in the next 20 minutes and the French scrambled ineffectively, but at times valiantly, to catch a train that had long left the station. When the French finally kicked the ball into touch at full time to end their misery, the score was 62-13.

The southern hemisphere was half-way to filling all the semi-final spots. Hopefully Wayne Barnes watched and learned from Nigel Owens (14 penalties).