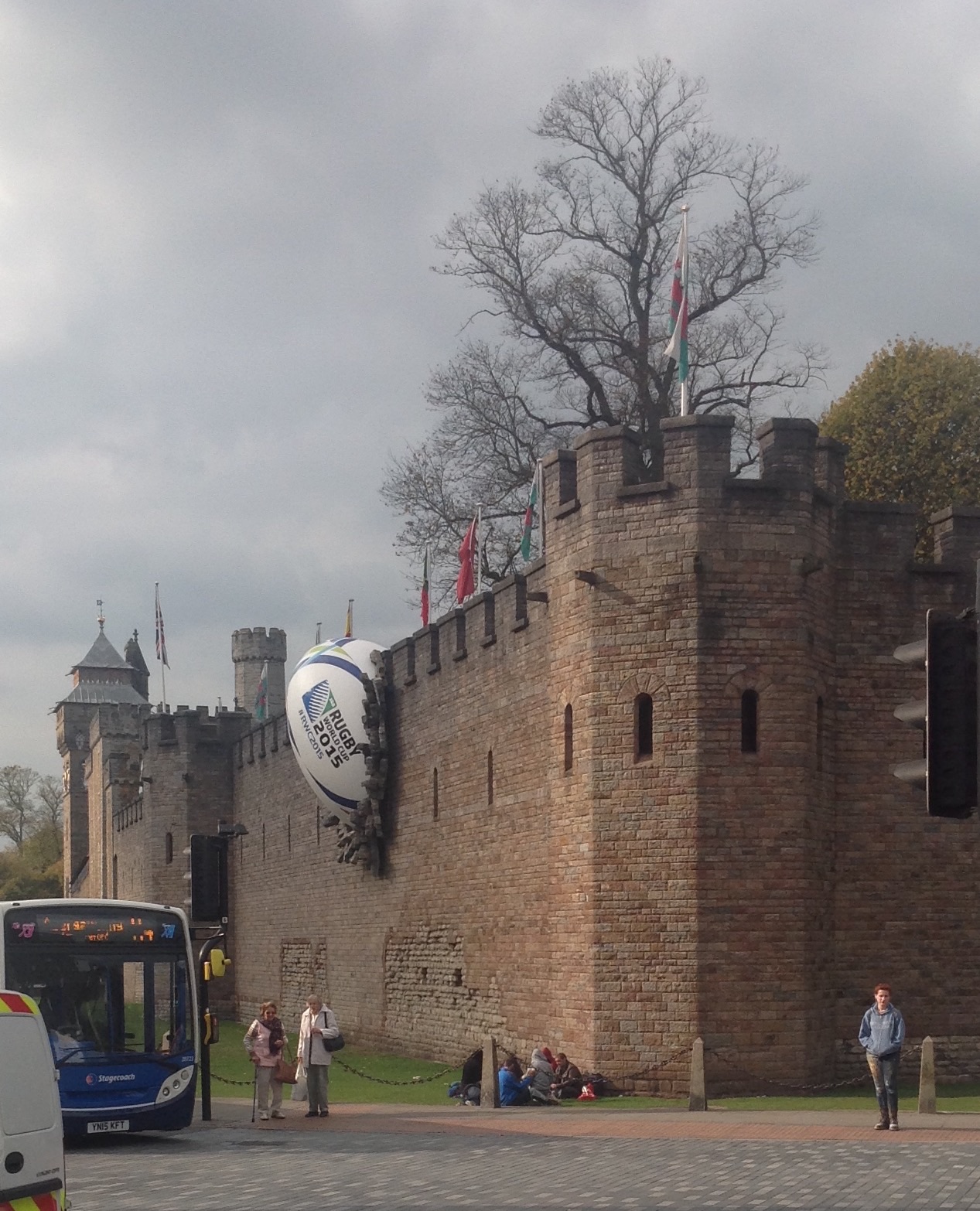 The 2015 World Cup seemed to shift to slow motion last week. After 40 matches in 3 weeks, it stalled to 8 matches in 3 weeks. The media has spluttered around for stories about players being cited and the injustice in the citing process, the shame of England, lessons to be learned, rail failures, price gouging, and the glory of Japan. Now the focus has turned to the hemispheric imbalance.

The quarterfinals will have four southern hemisphere sides (South Africa, New Zealand, Argentina. Australia) playing four northern hemisphere sides (Wales. France, Ireland, Scotland) respectively. Ireland is the only northern team favored, and there are several who doubt if they will triumph with their injuries and a citing that will exclude Leinster star flanker Sean O’Brien from tomorrow’s clash with Argentina. If the north is battered out of the quarterfinals, this will be the first World Cup with a completely southern hemisphere semi-final.

Last night we cut the chill by a fire in what is self-advertised as the oldest pub in Wales. The Blue Anchor opened in 1380. The pub was crowded with locals and New Zealanders. As we sampled the pubs wares, talk swirled back and forth between talk of a French repeat of their famous upset of the All Blacks in Cardiff eight years ago and the South African being favored by bookies against Wales.

In a few minutes we board the train for the 15 minute ride into Cardiff. From this distance the buzz and rumble and hopes for northern hemisphere upsets are rumbling into the marvelous rugby loving city of Cardiff. The city is so mad about rugby they kicked a giant rugby ball through the Cardiff Castle wall; although, the joke going around the Blue Anchor was the kick was from an  Englishman because if it was a Welsh kick it would have gone over.