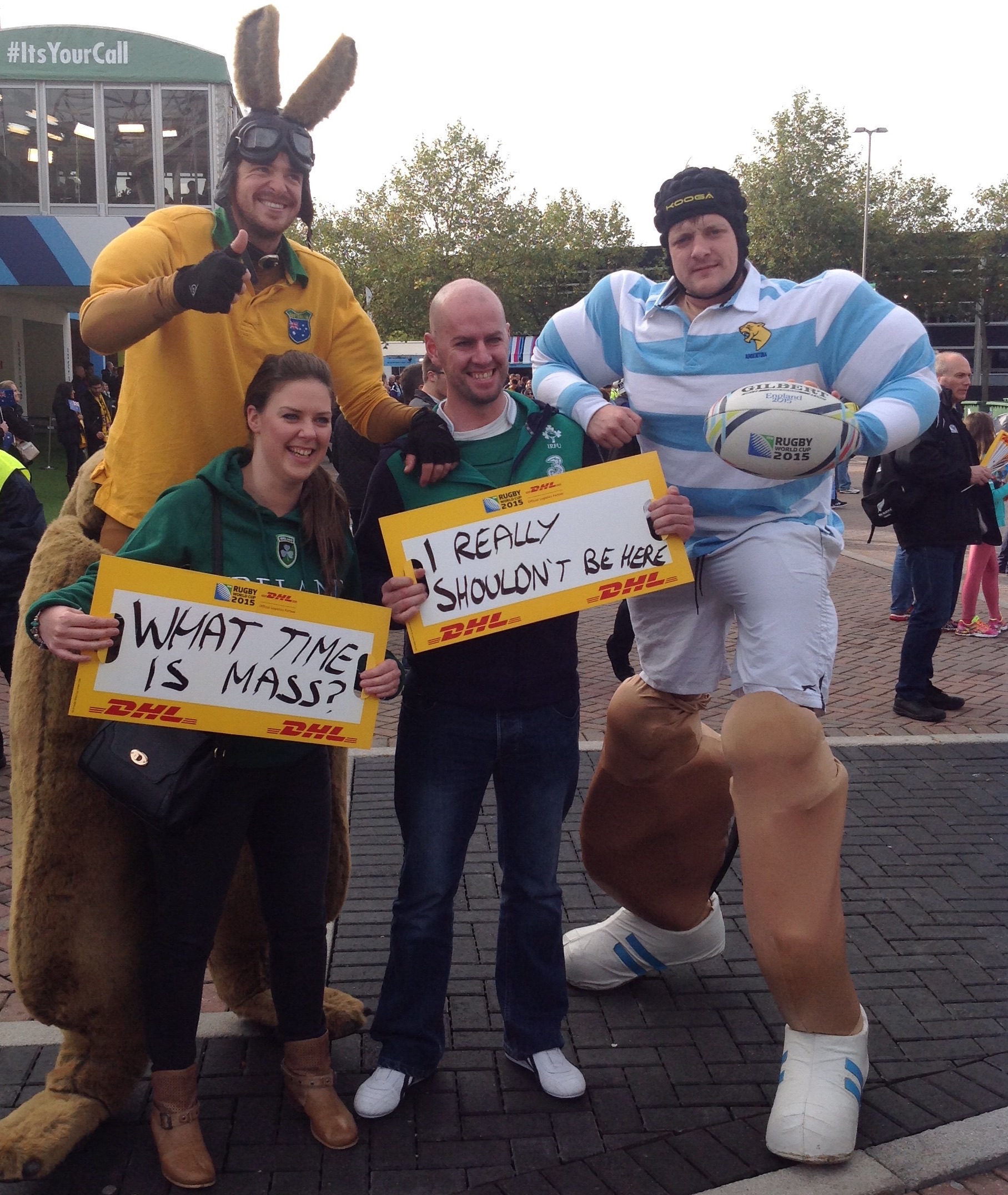 A bright blue sky gave way to a few high hazy clouds, planes cruised into Heathrow, and nearby forty-six rugby players woke up and went to breakfast on a day they would remember for the rest of their lives. It would be a day that would decide if they would play in the 2015 Rugby World Cup Final or the seldom remembered Bronze Final battle for 3rd place. Winning would pit them against the current world champions, the New Zealand All Blacks, who were chasing the never before achieved feat of winning two consecutive world cups.

After my breakfast I strolled to the “Asda 24”. Asda is a subsidiary of Walmart. As the 2007 World Cup wound down, I found good deals ($8 for an official 2007 World Cup polo) at Asda. You would think an Asda 24 would be open 24 hours. This was not the case. A crowd of people were gathered at the door waiting for a 10 am opening. There was nothing to indicate when this huge Super-Walmart-type building would open. At 10:15 somebody checked something on her smart phone and said, “It opens at 11.” I didn’t really need any more world cup gear.

The bus at the Asda took me to Richmond rail station. I caught the train to Twickenham where I emerged to find a blue and yellow cosmos of scarf sellers and ticket touts. While strolling to the stadium I fell in with a group of young Argentines with flags and blue ponchos and mucho enthusiasm. An Argentine film crew latched on to them, also. I eavesdropped on the interview. The group of five lads had left Buenos Aires after Argentina beat Ireland last Sunday in a Quarterfinal. They traveled to Sao Paulo and then to Paris. Some interesting stuff happened in Paris, but my Spanish was not good enough to follow the joking and laughing about that night. From Paris it was an easy trip to London where it was no problem to find tickets. When the interviewer asked, “When are you going home?”, the fellow doing most of the talking proudly announced, “I don’t know. Sometime next week. Probably Friday.”

The young Argentine lad’s prediction of going home Friday turned out to be prescient.

At half Argentina trailed by ten points, 19-9. The Wallabies had 3 tries to the Pumas 3 penalty kicks. The Australian defense would again prove impenetrable. Australian winger Adam Ashley-Cooper would add another try, his third of the day, and Foley would convert and kick a penalty in the second half. The Pumas put through two more penalty kicks, but as an almost full moon rose over an increasingly chilly Twickenham, the kiss of bad luck played out. Argentina struggled to find the last pass to put a man free, often just not seeing an overload. As time ran out, they were again pressing to score a try, but it was not to be. The final score was 29-15.

Argentina has a spot in the Bronze Final against South Africa. Just a short time ago on August 9th, the two sides met in Durban, South Africa. Argentina was triumphant 37-25. In the 21 times they had met since their first match in 1993, this was the first Argentine victory.

On Halloween afternoon Australia will face New Zealand in the 2015 World Cup Final. The Tasmanian neighbors have met 154 times before, and this will be the third time they have played each other in the last 3 months. On August 8th, Australia defeated the All Blacks 27-19 in Sydney, only to lose 41-13 the following week in Auckland. The two sides have met twice before in World Cup Semi-Final matches. In 2003 at the World Cup hosted by Australia, the Wallabies won 22-10. In 2011 in New Zealand, the All Blacks won 20-6. In 2015 they meet for the first time in a World Cup Final and on the neutral home ground of their former colonial ruler England.