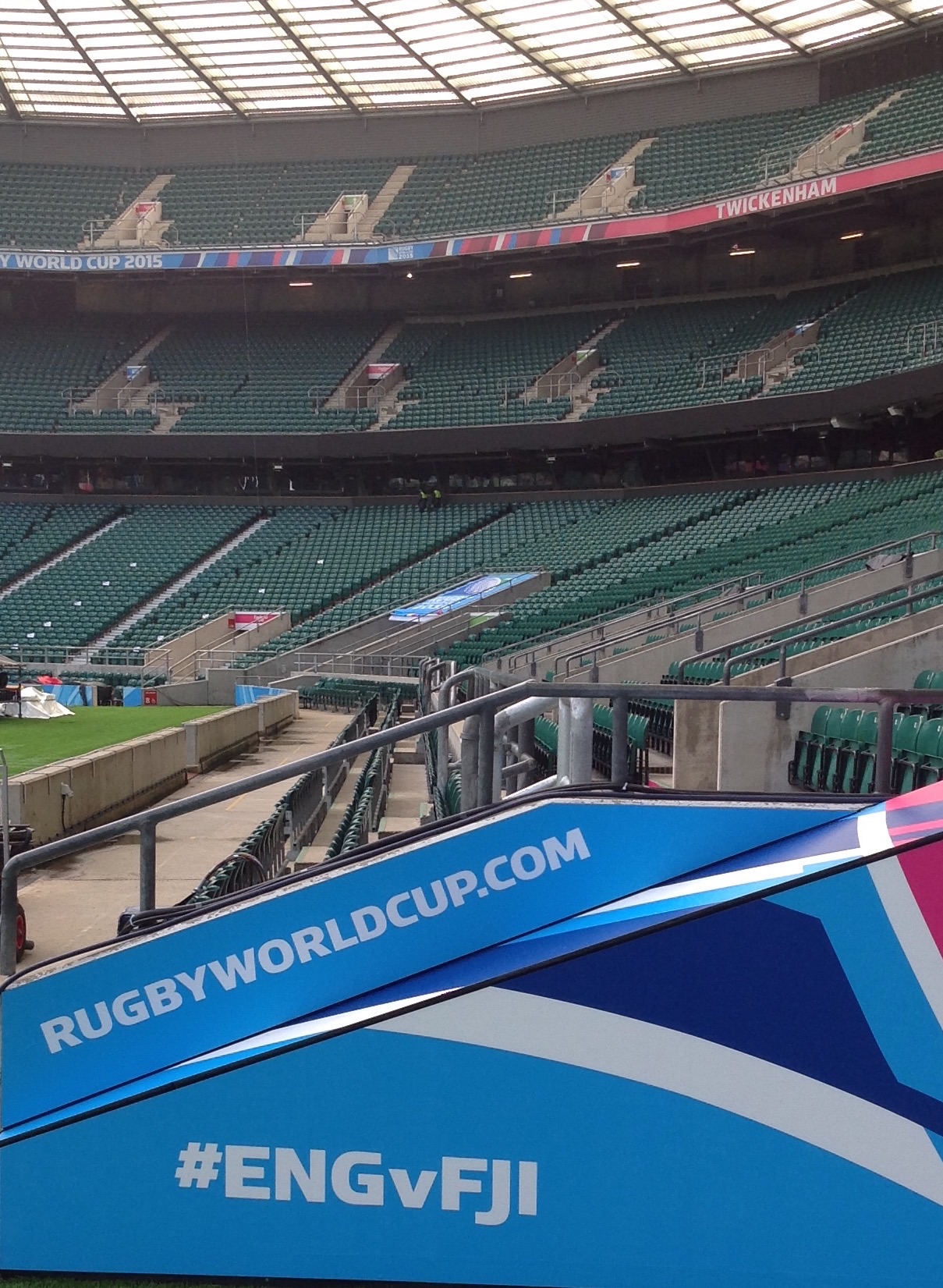 Later today England and Fiji will launch the 2015 Rugby World Cup. There is all the promise that this will be the most successful in terms of numbers of people watching either live or on television than ever before. Today as I was having my full English breakfast, which was composed largely of a plate of beans smothering an oververyhard fried egg and a slightly warmed canned tomato, the news on the television in the B&B showed the head of the English rugby union, Ian Ritchie, declaring the television audience will be 4 billion people and over 2.5 million tickets had already been sold.

Beyond the record numbers watching the event the tournament, through luck of the draw, has the potential to have an air of excitement beyond previous World Cups. In 2011 in New Zealand after Ireland upset Australia on the 8th day of the 6 week long tournament the quarterfinals were set. In England the quarterfinals will not be decided until 3 matches on the last 2 days of pool play (Oct. 10th & 11th). In Pool A Wales face Australia on Oct. 10th and in this “Pool of Death” the winner will be a quarterfinalist and the loser will most likely be going home. In Pool B Scotland square off against a very good Samoan side on Oct. 10th in Newcastle, just south of the Scottish border. Few doubt that South Africa will win this pool, but the second qualifier for the quarterfinals will wait until the ref blows his whistle to end the Scots tussle with this South Pacific power. Pool C is the least exciting with Southern Hemisphere super power New Zealand expected to easily capture the 1st place spot and Argentina to capture second. On Oct. 4th Argentina will play Tonga in the Pumas only real threat to their 2nd place finish. On Oct. 11th in the last match of pool play Ireland and France clash to see who captures first place in Pool D. The loser will most likely be in the quarterfinals, but instead of having the relatively easy confrontation with Argentina the loser will get the New Zealand All Blacks in Cardiff.

If France loses, they might fancy their chances against the All Blacks as they have twice before ended New Zealand’s dreams of World Cup glory in the Northern Hemisphere. In 1999 the French shocked an overconfident All Black side in a semi-final in Twickenham 43-31 and 2007 the All Blacks were left in tears after the French sent them back to Kiwiland after their quarterfinal 20-18 loss. The French will also be looking to avenge their extremely narrow (8-7) defeat to New Zealand in the 2011 World Cup Final.