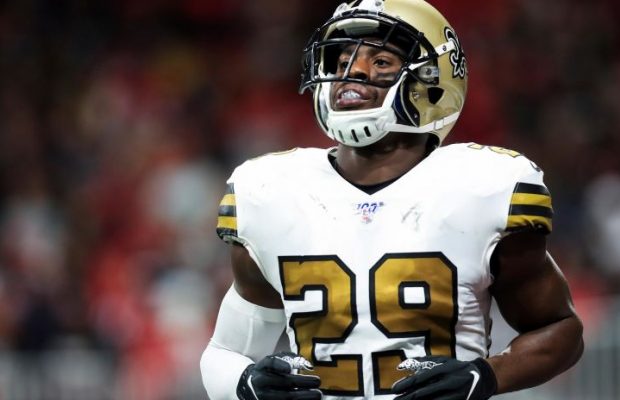 By Fran Thompson
Jonathan Bademosi, a cornerback on five NFL rosters, including the Cleveland Browns and New Orleans Saints, made his debut with the New Orleans RFC in a 24-10 loss to the Colorado XO, a developmental side composed of recruited athletes who have only been playing Heaven’s Game for six weeks.
A rugger in high shool, Bademosi played select rugby with NOLA GOLD team captain Cam Dolan, a Florida native and 4-time All-American at Life University in Atlanta.
“Rugby has always had a big place in my heart. I played in high school for many years and even before high school,’’ Bademosi said.
“I think it’s a great opportunity to do something I am familiar with. To get back to just the passion of playing sports. Not for money. I was playing football for money. But just for the joy of it. It’s been about 12 years. But some of these things you don’t forget.
“I knew Cam Dolan was on the team. I stayed in contact with him,’’ he added. “I hit him up and he was like ‘hey said come and have a practice with us and I said I am going to join you guys. And that’s how it happened.”
A three year starter at cornerback and standout sprinter on the Stanford track team, Bademosi played the last two of his nine NFL seasons in New Orleans, which placed him on its injured reserve list on August 24, 2020.
He was the top special teams tackler (and second in the NFL) in each of his four seasons in Cleveland and played in all 16 games, starting in three, and recorded a tackle for the Patriots Super Bowl LII team, which lost 41–33 to the Philadelphia Eagles.
“Being out here with these guys has been exciting. Really, just getting back to doing something I love,’’ he said after a recent GOLD practice. “I’m excited about being in New Orleans. And I’m excited about the GOLD man. I’m really excited about playing for the GOLD.’’
Pictured: Former New Orleans Saint Jonathan Bademosi, a native of Silver Springs, MD, is practicing with MLB’s New Orleans GOLD. (Photo By neworleanssaints.com)