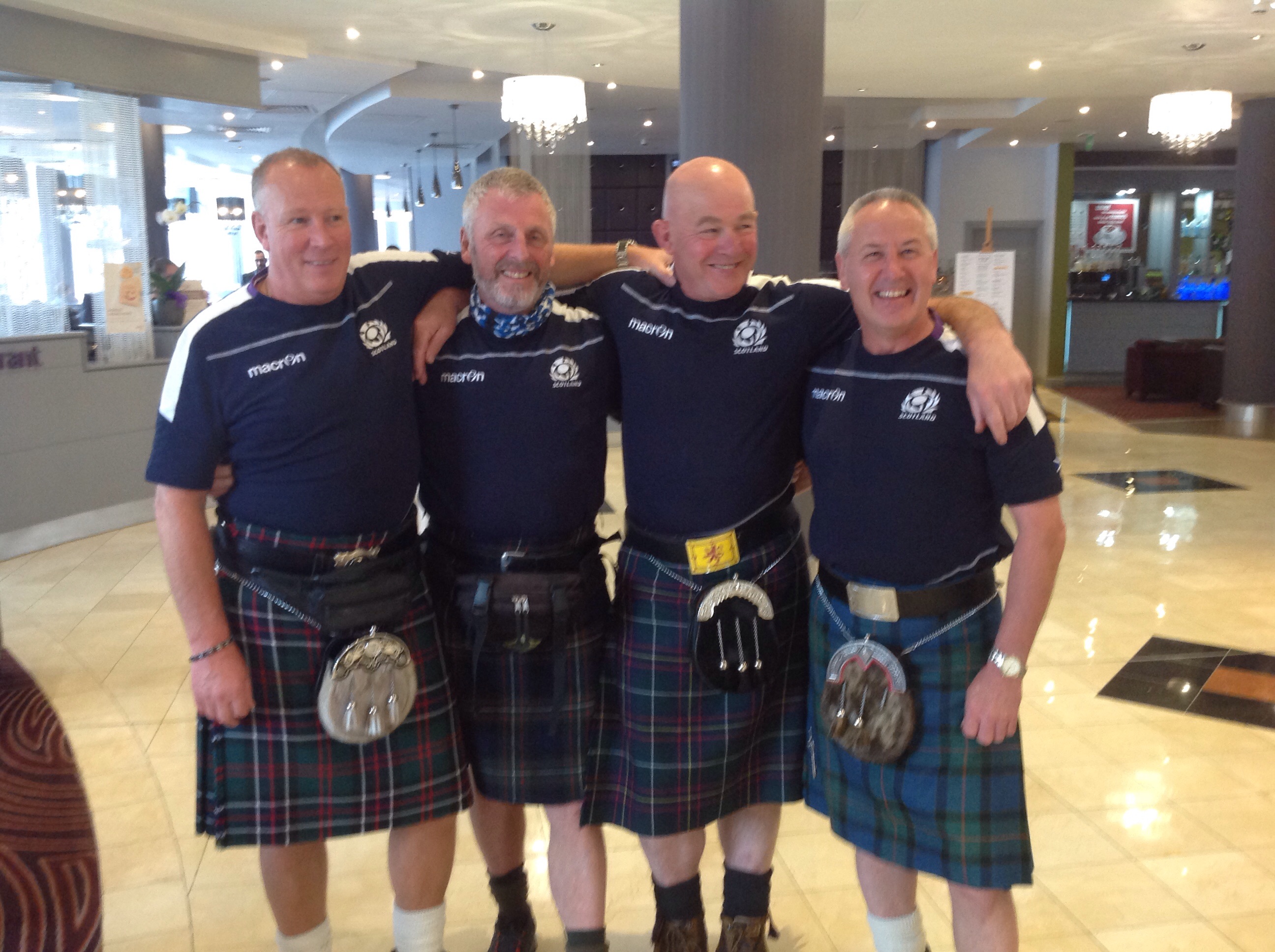 This morning I left Monk Haven Manor B&B owned by Jan & Rob Mathias on the western tip of Wales. It is an idyllic spot with stone cottages scattered around a stone vicarage and chapel from ancient times. Rob & Jan’s daughter, Sian, and her architect husband, Simon, run a pub in nearby Dale that was recently voted the second best pub in Wales. In 1981-82 Rob and I were flankers for the Freeport RFC in the Bahamas. Sian hadn’t started kindergarten yet.

Rob was Welsh and grew up playing rugby and cricket. He played for clubs that had existed since the 1800s. He knew the sport and played with the enthusiasm and skill of a good youngish Welsh flanker from the amateur era. I grew up in southern Mississippi playing football, baseball, & basketball before a year playing rugby at Tulane University followed by seven years as a founding member of the New Orleans RFC.

We have been friends for 33 years now. Since 1982 we have probably seen each other 6 times, but it is that cliche of a relationship where when we get together the years vanish. Of course now with bald heads and aches and operations and medications and friends dying there will be no repeats of days having Newcastle Browns for breakfast the morning after the post-match party with Balmy Beach while on tour to Toronto. A few bottles of wine around the table after grandkids have been put to bed will be followed by a morning of physical remorse and tea.

Time has moved us from the joy of playing the sport to fans who let the sport draw us together for joy. The fun of carousing and hanging out together after a match was a large part of the fun of the sport. It was this aspect where I developed many of the friends I have today. Tomorrow I leave for Cardiff and will visit with a friend I played with in Ecuador 1983-85.

I wonder what type of relationships the current players in the professional era make. Does the spirit of what will probably become a lasting relationship with a teammate affect team performance? Is this a factor in Australia’s success? It has been reported that Australia turned-down the English team’s training camp because there was nothing to do there in down time. The English coach, like the USA coach, was reported to be strict with players and their free time. Their teams are both out of the tournament. Maybe it is time to let the professionals have a beer and sing a song.

The quarterfinals start Saturday with South Africa vs Wales in Twickenham. If opportunity to bond off pitch boosts performance on the pitch, then South Africa might have given Wales an advantage by moving into England’s facilities in somniferous Surrey. In Cardiff Saturday Argentinians could regret the Irish lads lifting a glass of Guinness on the 19th hole in a vow to win the whole thing for their injured captain, Paul O’Connell. The following day in Cardiff the French’s joie de vivre might prove too much for the aging All Blacks. Deja vu all over again? Unfortunately for the Scots the Aussies have hung on to their training ground close to golf, cinemas, and a good source of prawns for the barbie. But at Twickenham on Sunday one thing might cut-in on the Wallabies waltzing into the semi-finals. An Australian match commissioner might have inadvertently inspired the Scots to greatness when he cited two Scottish players, Ross Ford and Jonny Gray, for a tip tackle vs Samoa. Even more unifying than having a laugh and a beer together after a hard match or practice is when the other team has done somebody on your team wrong. Aussies beware the spirit of William Wallace.