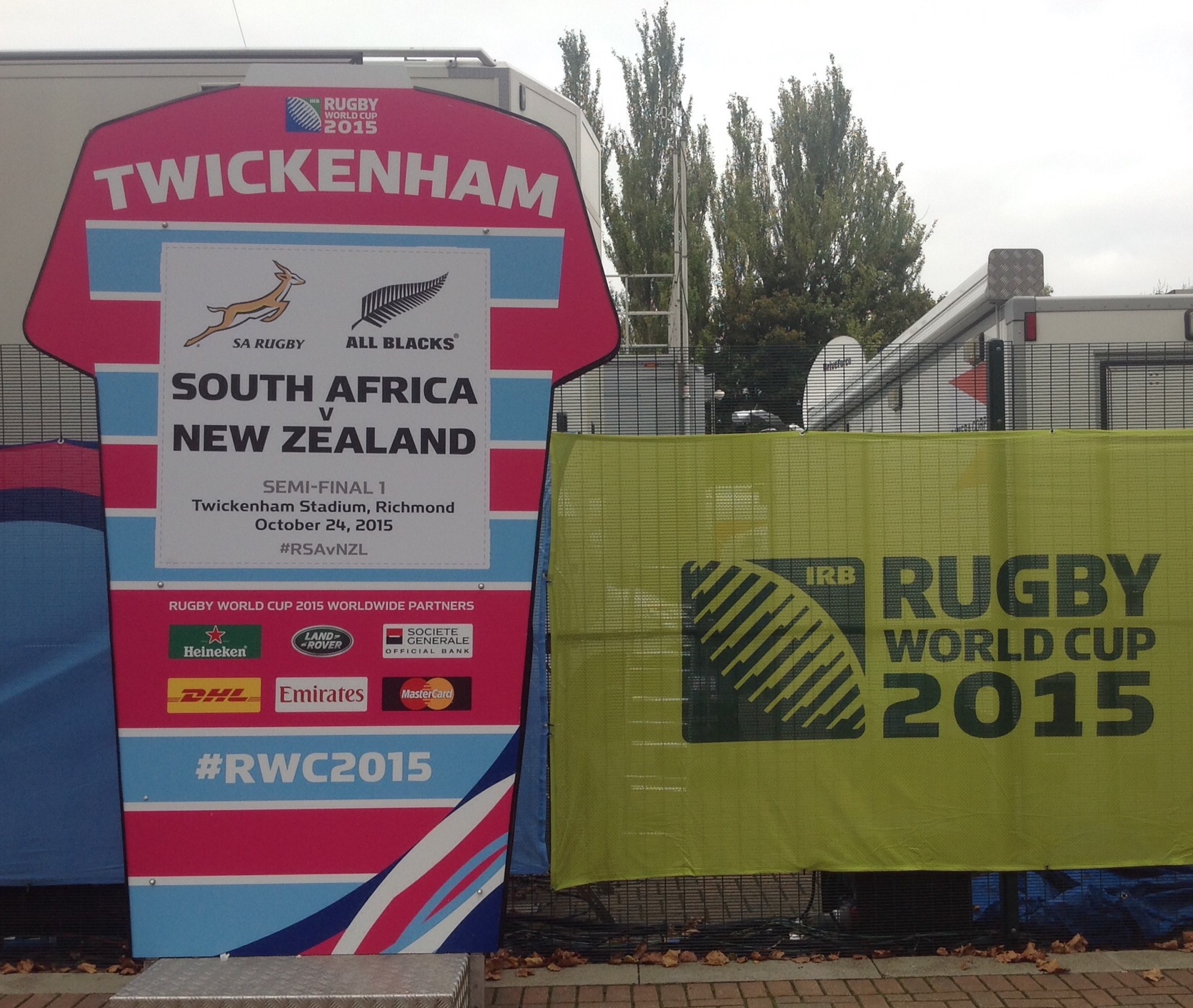 It’s Friday noon, and one day before the 2015 Rugby World Cup semi-final between New Zealand and South Africa. I’m on the pitch in Twickenham waiting for Argentina to show-up for their captain’s run. Press tickets to both semi-finals are in my pocket. They are for level 6. As I look around the stadium, I only see three levels, so maybe somebody is putting me on.

A certain amount of magic has gone out of this World Cup with the exit of all northern hemisphere teams. The nations left play each other every year in the Rugby Championship. For the next four years I suppose that will be billed as the 2019 World Cup Warm-up.

For possibly the third consecutive World Cup, the Final could be two teams that were in the same pool. In 2007 South Africa destroyed England 36-0 in their pool stage clash. The English pulled their socks-up and came through Australia (12-10) and France (14-9) in the knock-out rounds to reach the Final and meet the Springboks again. South Africa found the rematch harder going but won 15-6.

In 2011 the extremely erratic French lost to the All Blacks 37-17 in their pool match. They, also, lost to Tonga 19-15, but qualified for the knock-out round through bonus points. They squeezed by England in the quarterfinal 19-12 and barely escaped being embarrassed by 14 inspired Welsh players. They kicked 3 penalties to win the semi-final 9-8. A much different French team showed up for the Final. They outplayed the Kiwis for large parts of the match, but ended up one point short (8-7) at the end of 80 minutes.

This year Argentina is poised to sprint back onto the pitch against the All Blacks in the Final. With only Australia in their way now Las Pumas are eager to make their first World Cup Final and get another crack at New Zealand who handed Argentina there only pool loss (26-16) a few weeks ago. Of course getting through Australia is a lot easier said than done as Argentina found in the Rugby Championship a couple of months ago when Australia spanked them 34-9.

The magic is coming back!!
And Bob Dylan’s at the Royal Albert Hall.