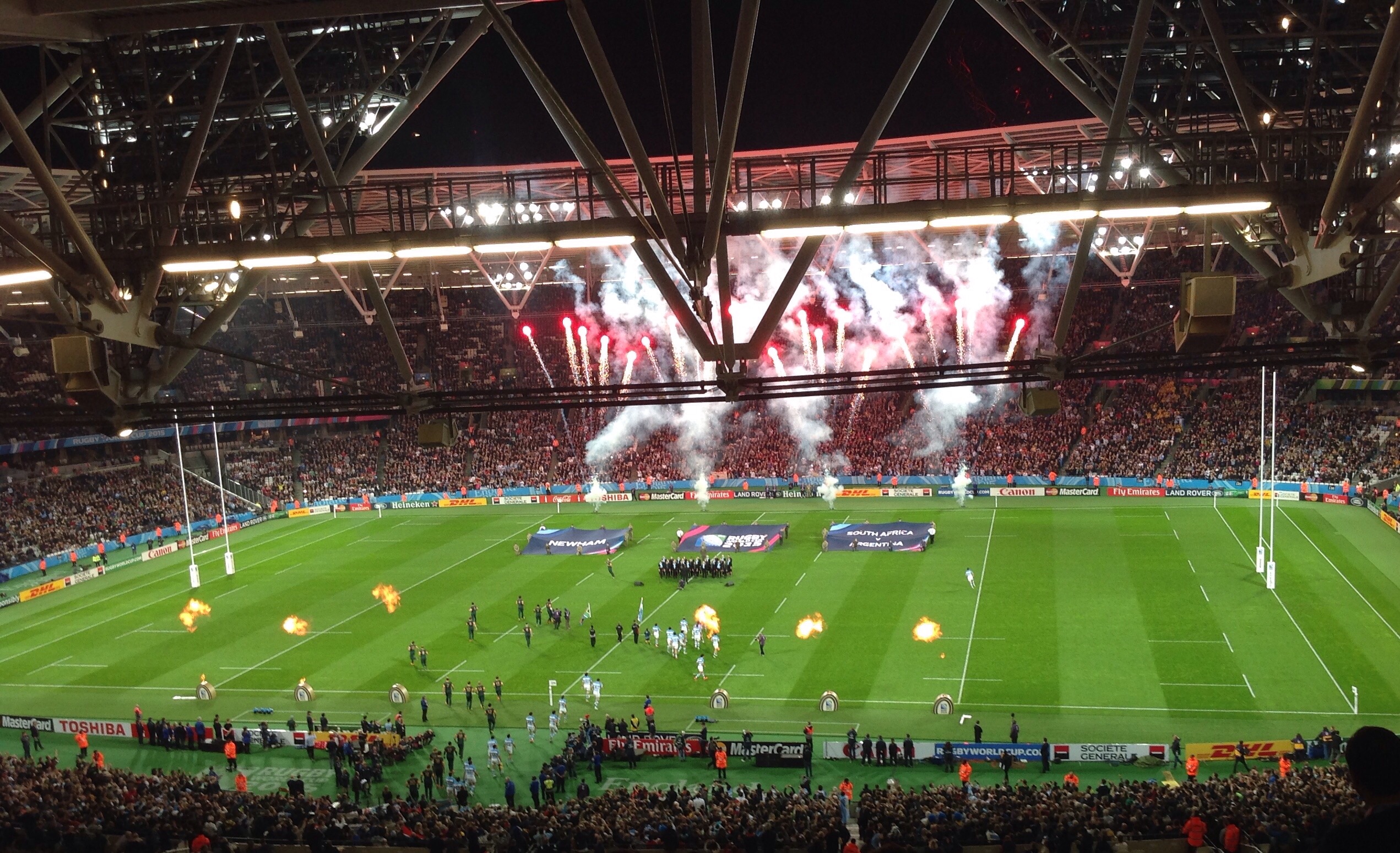 The train ride through the daily dash of millions of London commuters to a drizzly Twickenham station was oddly calming. The silent swishing of newspapers was speckled with foreign chatter and strange accents that ebbed and flowed over the train’s clatter. I was on my way to Twickenham to pick up my ticket for 2015 Rugby World Cup Final. Tonight would be South Africa vs Argentina in the Bronze Final, but the only match that really mattered was the following day’s first ever meeting in a World Cup Final of New Zealand & Australia.

The free paper available at the rail station briefly touched on the Bronze Final, but even this passing brush in the 2 pages devoted to the World Cup was related to how Argentina and South Africa did in their losing semi-final efforts. The struggle for third place seemed an afterthought to the tournament. Journalists played with the notion that being third in the world ranking would be important for a team’s pride, but this was more about filling space than a deep conviction.

At the desk where they hand out tickets I had a brief fright. They had no ticket for me. I was on the print-out, but there was nothing in the box of tickets with my name. I worried that perhaps it was something I had written. I squealed that I would retract anything. After a few anxious moments involving calling over a supervisor, the ticket appeared hidden under the fold of another envelope.

The Australian captain’s run was scheduled to start soon. The press was ushered through the drizzle into the stadium with a ‘Hurry up! It won’t be long.’ The night before I had researched the pitch at Twickenham. It is grass with 20 million fibers injected into it. My friend, Gary, whom I’m staying with suggested that it is a bit like a comb-over. The Twickenham volunteer considered it more like getting 20 million artificial hair plugs. When we were led to the side of the pitch, the smell of freshly mowed wet grass embraced me. Water stood an inch deep on the cement walkways around the first row of seats, but the field was a foot higher and only slightly moistened by the mizzle.

After at least 20 minutes of standing around and eavesdropping on workers who were getting information on how many royals would be attending, a few Australian players wandered on the pitch. Then it was alive with Wallabies stretching, running passing drills, and moving through 15 unopposed scenarios. The Aussies brought a boom box and blasted some rock-n-roll for a few minutes. Cameras were clicking, sport video teams were doing their thing, and then it was time to go. As I left Twickenham at about noon, the sun was occasionally peeking out, but it preferred to snuggle deep behind a wall of clouds creating a gray glow over the city as I cruised from Twickenham in the west to Queen Elizabeth Olympic Stadium in the east. The crowds of commuters had been absorbed into the places they worked.

I was going to try to run a theme of sex through the Bronze Final story. My two semi-final stories had something about kissing in the title. The South African coach, Meyer, spoke of the Bronze Final being like “kissing your sister” – nothing too exciting. For the Argentine loss to Australia there was a connection to “una besa de mala suerte” – a kiss of bad luck. The analogy I was thinking about was to compare a World Cup to courting the most beautiful of women. Twenty teams were invited to dance with her, but at the end of the 44 day dance only one team would take her home to hold her completely and forever. The Bronze Final was like getting to third base and knowing you would get no further. You get all dressed up and are expected to bring your best moves while all along knowing that she is already thinking about tomorrow when New Zealand or Australia will bring her to a glorious climax. My wife, and most outstanding proof reader, shook her head and suggested I find another analogy. I’ll try to keep it tasteful, the title excluded.

The Bronze Final turned out to almost live up to its reputation for being anti-climactic. The Argentines replaced ten players from the side that lost to Australia in the semi-final. Before the end of the night they would empty the bench giving every tour member a World Cup cap. They even called a prop in Buenos Aires the day before and flew him over for a brief twirl. The Pumas didn’t care about getting to third base. They had all they wanted from Rugby World Cup 2015. They were already planning how their tango with 2019 would end with them taking her back to Argentina.

The Springboks controlled the night. South African winger JP Pietersen scored a try in the 6th minute and 3rd place was never in doubt. The excitement of the evening circled around where players would end in the record books and when South African legends like Shalk Burger and Victor Matfield would leave the last test match of their lives. Bryan Habana came into the match tied with Jonah Lomu for most all time World Cup tries (15). South African fly-half Handre Pollard started the match trailing Agentine fly-half Nicolas Sanchez for most points scored in the 2015 World Cup. At the end of the first half the Springboks led 16-0, and Pollard had pulled one point ahead in most points scored. Sanchez would put through a drop goal within the first 2 minutes of the second half. Their see-saw battle over the evening would become a more thrilling spectacle than Argentina’s repeated failures to find a way through the Springbok defense. Argentina would pull a try out of a jumbled mass of bodies on the try line as time ran out. Sanchez would kick the conversion to end with 97 total points to Pollard’s 93, and Habana would go home still tied with Lomu. The Springboks got to third base with their sister (24-13) while the Argentines winked at the beauty that was waiting in Japan in 4 years.