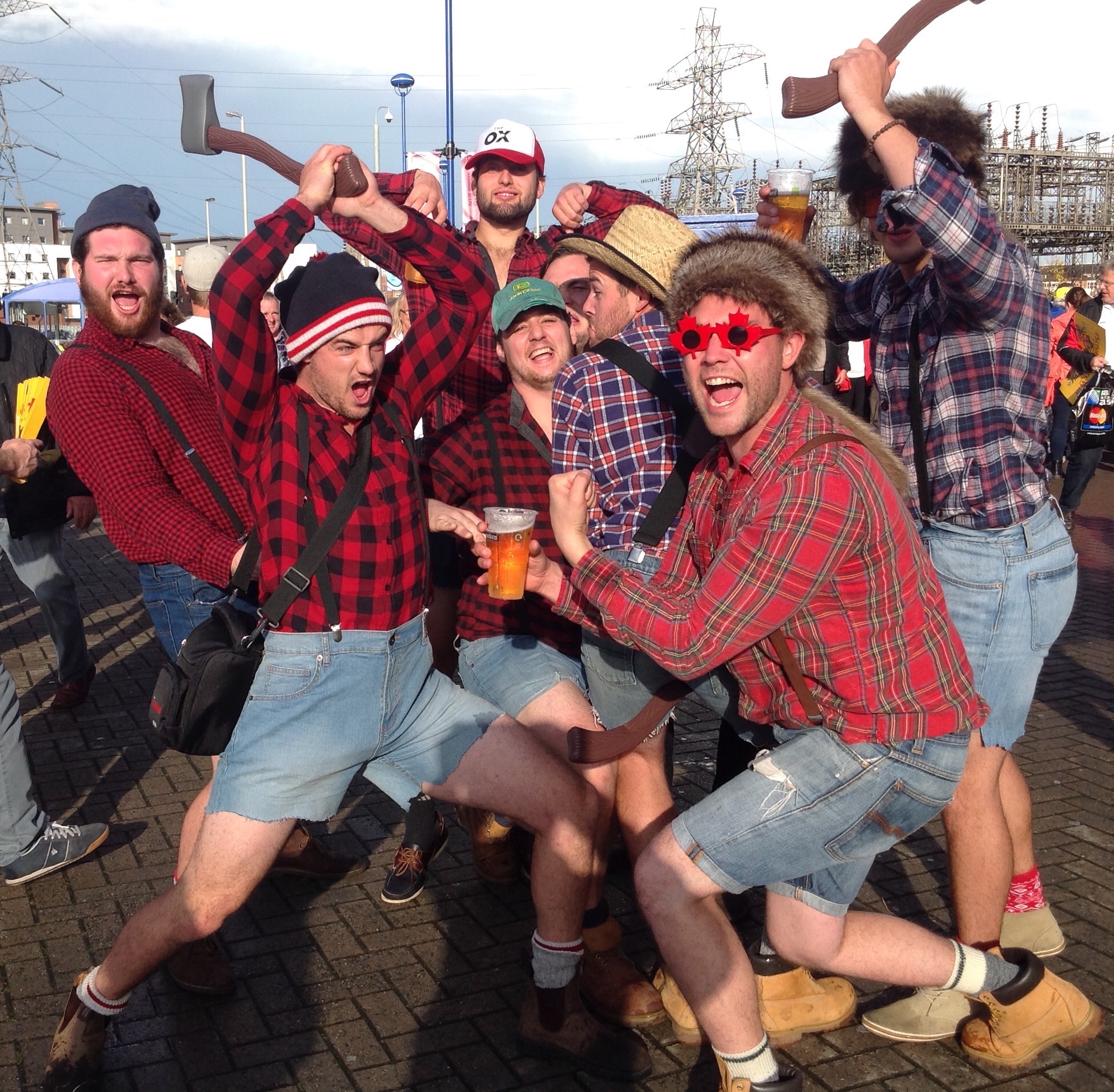 With knees bandaged and cane tapping along with my steps to the train, I left sunny Stockport for drizzle and Canada vs Romania in Leicester. The newspapers I perused on my 2 hour journey were still bemoaning England’s exit from their tourney with not a mention of this match. One had a short mention of Fiji’s bad luck to be included in the “Pool of Death” ahead of their last match today against Uruguay. Most of the English press were questioning whether Coach Lancaster should stay and advising not to do anything too rash, unless it is to sign Japan’s coach Eddie Jones before he gets on a plane to South Africa.

The weather cycled from drizzle to downpour to sunshine and back as kick-off approached. Romania’s dream on this typical English day was to cruise past Canada, defeat Italy on Sunday, and return to Bucharest automatically qualified for 2019 in Japan. Canada’s hope was to get a win before they depart England after this, their final match. Except for the team’s involved and, possibly, Italy there did not seem to be much interest in this match from the rest of the World Cup community. I watched Romania’s tenacious 38-11 loss to France in London two weeks ago. Ten days ago I agonized as Canada lost a frustrating battle 23-18 to Italy. I thought the teams were evenly matched. A bookmaker I checked had Romania favored by 2 points. Not really worth a bet. The odds for a draw were 22-1. I pondered dashing out before kick-off to find a betting shop.

One hour to kick-off and the sun cautiously peaked through dark clouds. I wandered from the media center to try to soak up some atmosphere… And there was some to be absorbed. A Leicester Caribbean carnival drum and dance group was entertaining fans and the Canucks brought their costumes and love of beer.

Canada took an 8-0 lead into the half. They moved the ball quickly and well, and had several overlaps that just didn’t connect until Van Der Merwe’s try in the 34th minute. Second half Canada continued in control. Canada’s other wing, Hassler, impressed with strong running and another try. Hirayama took over kicking and added the conversion. Then the shape of the pear appeared. Romania powered over a driving maul to close the gap to 8 points. With 6 minutes left Romania’s #8 slips off another driving maul and slides in, and Canada, who once led by 15, was now holding on to a one point lead. The crowd erupts. Romanian fans are singing “Rome-Uh-Nee-Uh Ole’ Ole’ Ole'”. Canadian fans surge in response, “Can-Uh-Duh!!”. But Canada is disheveled and the match slipped away in scrum penalties and lost chances. Romania kicked a penalty in the 78th minute to make the score 17-15. Canada was penalized again with one minute to go. Romania won the line-out and kicked to touch to keep their dream alive.

Canada’s World Cup 2015 ends with a thrilling finish, but that will be no consolation as they fly home thinking of what could have been against Italy and Romania.

As the final pool matches are played by the 12 teams that won’t be here for the quarterfinals, I raise the same question I had in New Zealand four years ago. Why not let them play off? On the Tuesdays and Wednesdays between the knock-out matches have the 3rd, 4th, & 5th place teams in each pool compete for 9th-20th place.

Here is probably what it would look like this World Cup for matches on Oct. 21st:

And then the winners and losers would play-off the following week. Two or more matches could be played on the same day at the same stadium to help fill stadiums. This was an approach the women used successfully in France at the 2014 World Cup.