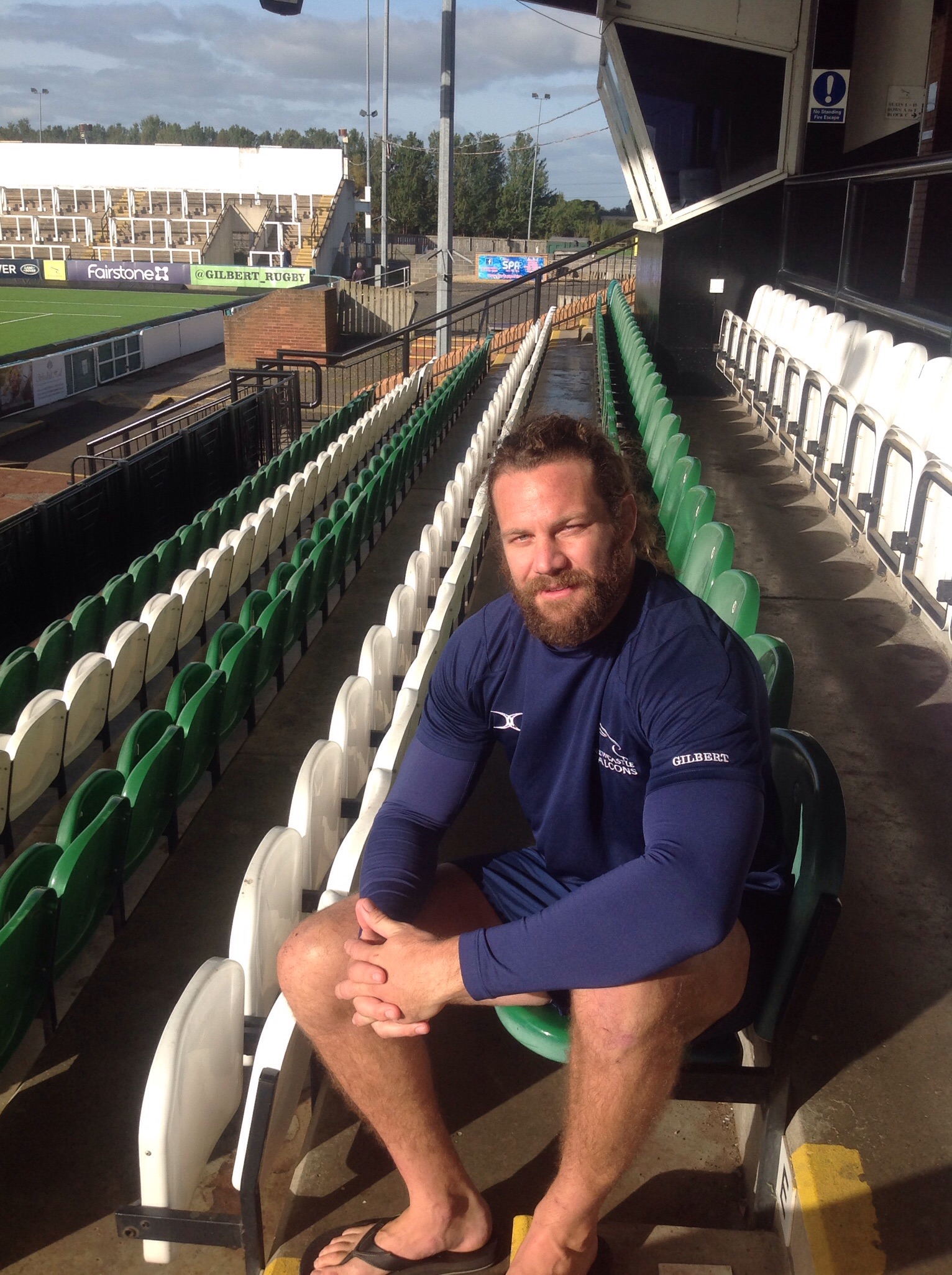 Thirty thousand feet over the Atlantic Ocean and six hours from the USA the 2015 Rugby World Cup receded to the East as Norwegian Air out of Gatwick chased the setting sun. When I started writing the stories about this world cup, I struggled to find a theme to unite all the separate stories in a way that the whole would become something greater than the parts. That goal eluded me. After forty four days wandering England and Wales, watching eighteen matches live, and being immersed in the greatest rugby tournament in the world, I am left with many scattered memories. In the end it was just sport, but a level of sport that defines and shapes the lives of many of the greatest rugby players and fans around the world.

The Daily Telegraph had its sports journalists answer seven questions about the tournament. Here are my answers to the questions from a USA fan’s point of view.

What was your favorite match?
Sadly my favorite was Japan vs South Africa. I say sadly because this was on the second day of the tournament. For the remaining 42 days of the tournament there was the persistent belief that I had already seen what would be the match of the tournament.
An inebriated Springbok fan, sloshing beer around the area every time South Africa did something good, kept pestering about why I wasn’t cheering the Springboks’ successes. I asked him, “What do you think will make a better story, Japan winning or South Africa?”
He insisted, “It will NEVER happen.”
I loved his sober silence after Japan’s final match winning try.
If Japan, who the USA had beaten a little over two months earlier, could do this to South Africa there was a real hope that the Eagles might make the quarterfinals. This hope vanished the following day on a sobering warm Brighton afternoon when a lack luster Samoan side handed the USA their first defeat of the tournament (25-16).

Who was the player of the tournament?
Blaine Scully repeatedly launched himself into the air to cover high kicks and was tenacious on defense. He played in three matches including the record setting 64-0 loss to South Africa and his tackle success rate in that match was 100%. His collision with Bryan Habana on a high kick is a play for the World Cup highlight reel.

What was your personal highlight?
Todd Clever took my tournament to another level when he agreed to give me the story of how he came to be cut from the USA team. After the USA’s loss to Japan I contacted him, and he agreed to meet in Newcastle after the quarterfinals. In the bar at the Royal Station Hotel with a hen party chattering away behind us, Todd, with eyes watering and voice at times quivering, revealed how his world cup dream evaporated over 5 days in July.

His strength of character in not saying anything about the circumstances of his release from the USA squad until the USA had exited the tournament was exemplary of the depth he valued his teammates’ performance in this tournament. The hurt he struggled to hold back while reliving how the destruction of the dream he had given up so much will forever define how I judge courage in the face of a hopeless situation.

What was your lowlight?
The lowlight spiral began with the devastation of the USA in the second half of their 64-0 record setting loss to South Africa. No matter how much Coach Tolkin wanted people to believe the side he put forward was one he had confidence in, the fact that many of his selection had had no previous World Cup playing time made it obvious that his intent was to rest what he considered his best team so hopefully the Eagles would have a better chance against Japan in 4 days. The spiral would hit bottom in Gloucester 4 days later when USA fans would bring shame as they booed and screamed at the Japanese kicker during the Eagles 28-18 loss to the Brave Blossoms of Japan..

Was this the best ever World Cup? Why?
In 1987 and 1991 I was oblivious. In 1995 I was living in Venezuela and on vacation on the island of Margarita where I was able to watch the Final on television in the bar of a luxury hotel. In1999 I was living in London and saw six matches live including two of the greatest semi-finals of all time: Australia’s overtime win over South Africa on a Stephen Larkham drop goal and France’s incredible second half come from behind upset of New Zealand. I was buried in work in 2003. In 2007 I rented a cottage in France for three weeks and saw 6 matches live (including France’s quarterfinal win over New Zealand in Cardiff) and most of the other matches on tv at the local French bistro/pub. There were times in France when the ball would sit in the back of rucks after multiple phases of play that went nowhere when I thought I would have to become a rugby league fan or just become a complete 7s convert.

I have only been to two complete (in the host country from Opening Ceremony through the Final) Rugby World Cups, 2011 & 2015. To be fair I can only really compare these last two. For natural scenery and complete embracing of the tournament by the population New Zealand was not surpassed. The game is evolving and the level of play improving. The rugby was better in England. England, with some help from Wales, handled the crowds very well. The weather was fantastic. Of the 18 matches I saw live there was only slight rain at three. When the northern hemisphere teams all exited the tournament and the last two weeks became replay of the annual southern hemisphere Rugby Championship the 2015 World Cup lost a lot of appeal for a lot of people. There are so many factors that go into a World Cup experience. I will probably keep going back and forth on the answer to this question for awhile.

How could the tournament have been improved?
In an article http://www.deepsouthrugby.net/rugby-world-cup/10-6-15-dramatic-finish-to-forgotten-match/ I suggested a play-off system for the 12 teams that don’t make the quarterfinals. The whole tournament seems to go into slow motion and the Final ends up feeling like it is happening in isolation from the rest of the tournament as you go from 20 matches in 3 weeks to 4 matches in a week to 2 matches in a week to one and a half (the Bronze Final doesn’t really count as a full match) in a week.

Sum up the Rugby World Cup in 5 words. ( I only needed 4)
Ultimately Rugby Championship Replay

I am yet to identify how or if I was shaped or defined during my 2015 Rugby World Cup experience. Soon after arriving in England I bought F. Scott Fitzgerald’s The Beautiful and the Damned. Some days I would be so awed by his writing prowess that I would try to stretch my craft as a writer to emulate the beauty of his prose and find a deep symbolism in the experience. Some days it was a balance between personal life and a desire to post something that resulted in a word processing dash through 500 words trying to capture some of the sensations surrounding one of 48 rugby matches in the greatest of all rugby tournaments. In the end it was just sport played out on a global stage in front of millions of spectators to claim the title of the greatest team in the world.