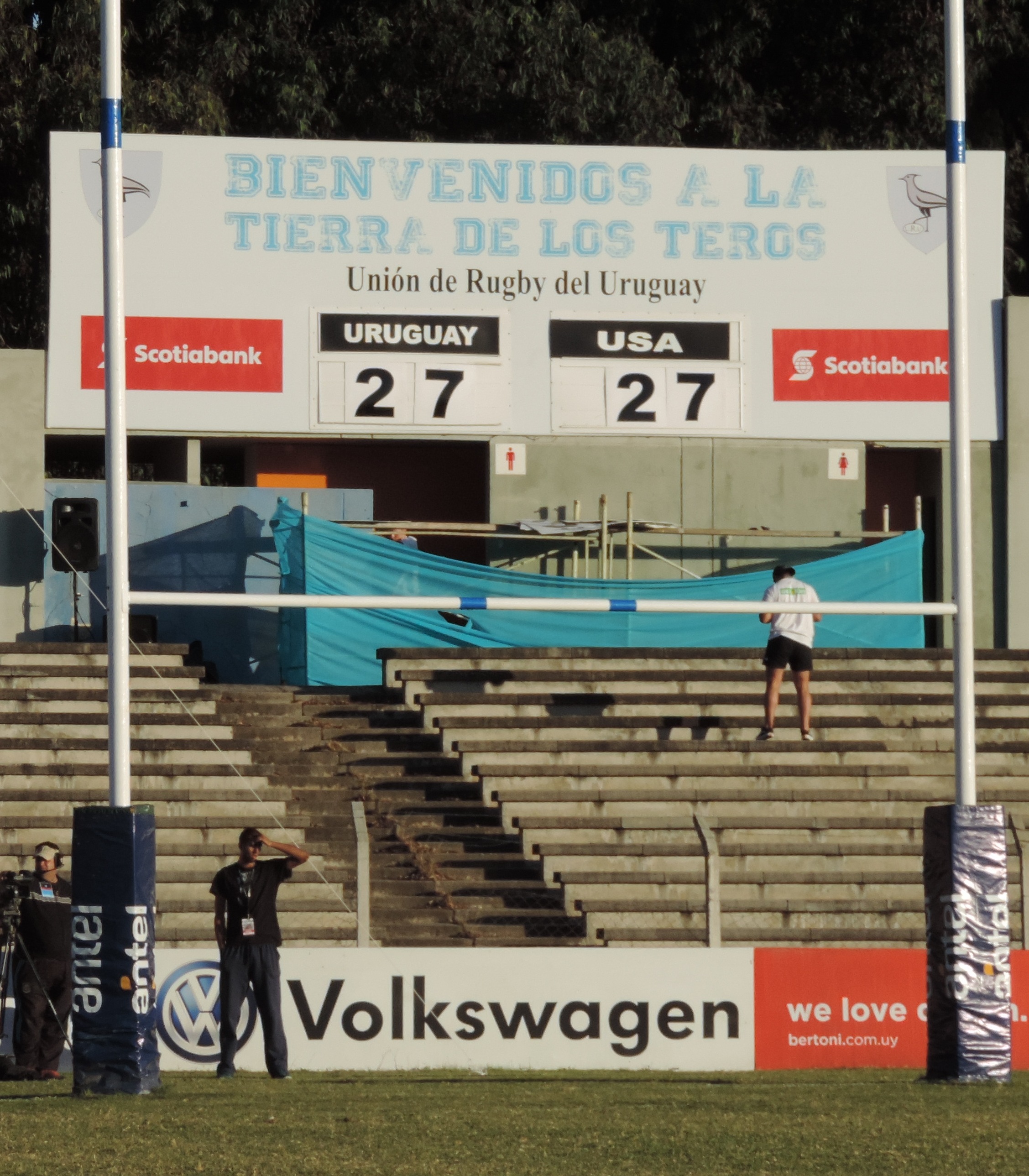 Uruguay came out on top of a 27 to 27 tie in Montevideo on Saturday, March 22, 2014, in the  World Cup qualifier against the USA.  A team of mostly amateurs from a country of 3 million people, who rival the 300 million people in the USA  for apathy towards rugby, controlled large parts of  the match.

When asked before the  match if the USA would run up some points,  USA players said  the hope was to just win by at least a point. In the end shooting so low shot us  in the foot.  As in so many matches  the USA approach of taking the ball forward  as far as one player  could and then slowly digging it  out of the ensuing mess failed. Beyond this tactic which has served the Eagles so poorly in the past, there were other problems. Uruguay, with the help of a ref who had little ability to organize a safe scrum, pushed a much larger Eagle scrum to the point of player frustration that saw several players on the edge of yellow cards and Nick Wallace eventually receiving one.  A backline that featured some serious professional talent outside saw the wings wilt  in the Uruguayan sunshine as they screamed for the ball that was never to come. The Eagles are desperately in need of an effective  fly half.

There are few reading this who do not understand  the risks of playing an open game with playing time for those who are trying to be creative in timely offloads. Hopefully the time will arrive soon  when  our too often failure to be successful at the conservative game  leads us to a more exciting and eventually more successful  style of rugby.

The following translated quote is from rugby writer Ceibal Regules for the Uruguay newspaper “Nacional”: ‘Uruguay … confused their rival who was undiscipined, technically limited, and lacking in creativity.’ Hopefully they will see a different USA side in Atlanta and my pre- match prediction of a four try margin will come true. Unfortunately we have shown Uruguay the light at the end of the easy route through the World Cup qualification tunnel.