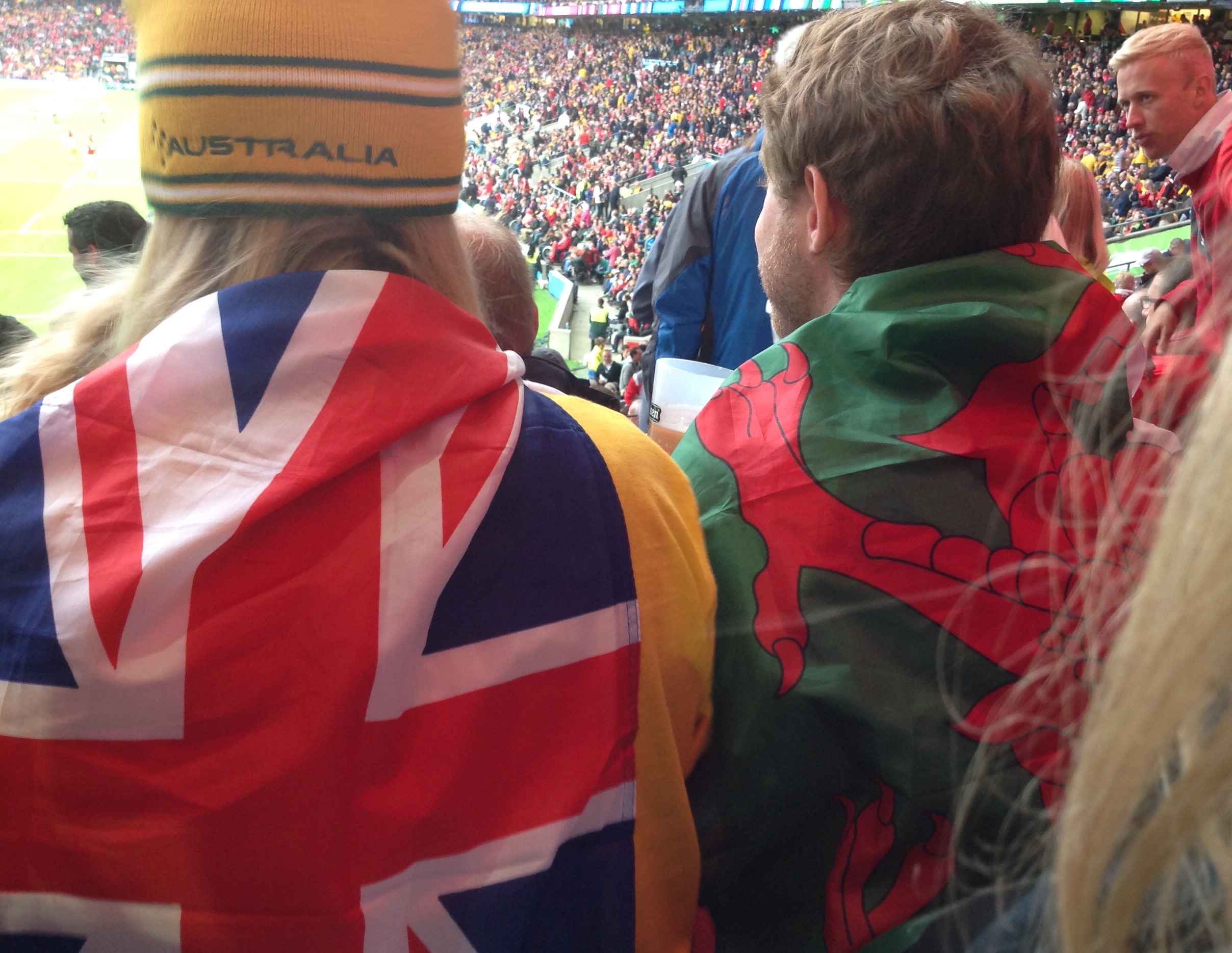 It is Sunday morning and soon I will board a train from London to Gloucester for the last pool match, Japan vs USA. For parts of Scotland’s narrow 36-33 win over Samoa yesterday, there was the potential that the Eagles’ match with the Brave Blossoms would be truly momentous. If Scotland lost, then a Japan win would put them through to the quarterfinals. If Scotland tied Samoa, then Japan would need a 4 try bonus point win to get through. But ‘what if’s’ are fun for pub talk and when there is nothing else to write about.

Japan has already shown they are the wonder team of the tournament with victories over Samoa and the mighty Springboks of South Africa. The USA will strive to not join Canada, Uruguay, and Namibia (after they lose to Argentina today) as the winless teams of the 2015 World Cup. Less than 3 months ago the Eagles beat Japan by 5 points in Sacramento. Although the Eagle team will be very much the same, this is a vastly different Japanese side. USA coach MIke Tolkin’s gamble to throw his reserves against the Springboks in the tournament’s record loss (64-0), could make this a match that seals an end to his international coaching career. It is hard to imagine that anything less than a win will be enough to encourage the forces that decide his fate to keep him around.

Yesterday after a full English breakfast complete with beans and brown sauce, the Quito RFC contingency trudged through thousands of people clambering outside Buckingham Palace to glimpse the changing of the guard. I was astounded at the numbers gaping at a few guys on horses and a band that the St. Augustine Purple Nights would have shamed more than a host team jettisoned from their own tournament. The Piccadilly Line from Green Park station delivered us to Hounslow Central, on the doorstep of our destination. After a few pints of hand-pulled London Pride to fortify us for the final chunk of our crusade, we boarded the shuttle bus that delivered us to Twickenham, the holy ground of English rugby, for Wales vs Australia.

The stadium could not have been more accommodating. A security guard directed us to the bar where he rightfully assessed we would be most comfortable. There we made do with John Smith’s ale while watching on multiple screens Scotland’s narrow escape from Samoa’s match of the tournament. As the TMO dragged out the final exciting moments of the match the screens were blinking, “Take Your Seats, NOW!”. With the final whistle the mass surged from bars to stadium seats to shouts of “Wales! Wales!” and lovely Welsh voices surging together singing, “Bread of Heaven”.

At half all was still well. Wales, down by only three, seemed poised to take the grail of top of the “Pool of Death” and a quarterfinal against Scotland. Welsh fans in harmonious roars lifted their side with “Land of Our Fathers” and “Bread of Heave”. Early in the second half the Aussies had two men sent off and Wales spluttered as they wasted ten minutes on the try line crashing into an immovable defense. The Welsh defense would also deny the Wallabies a try, but the sure boot of Bernard Foley would convert 5 Welsh penalties. Wales put over two penalties to end the match 15-6.

Both teams will live to fight another day. Australia will skirmish with Scotland next weekend, and Wales will seek to send the South Africans home. Was last night’s match a precursor to the tournament Final? Will this be the third consecutive World Cup where the teams in the Final came from the same pool? The excitement continues to build. Although most of the drama that could have been part of the USA’s tussle with Japan has evaporated like the Samoan sweat and tears that fell in Newcastle yesterday, today’s top of Pool D decider between France and Ireland will sprinkle the last few drops of pool play titillation.