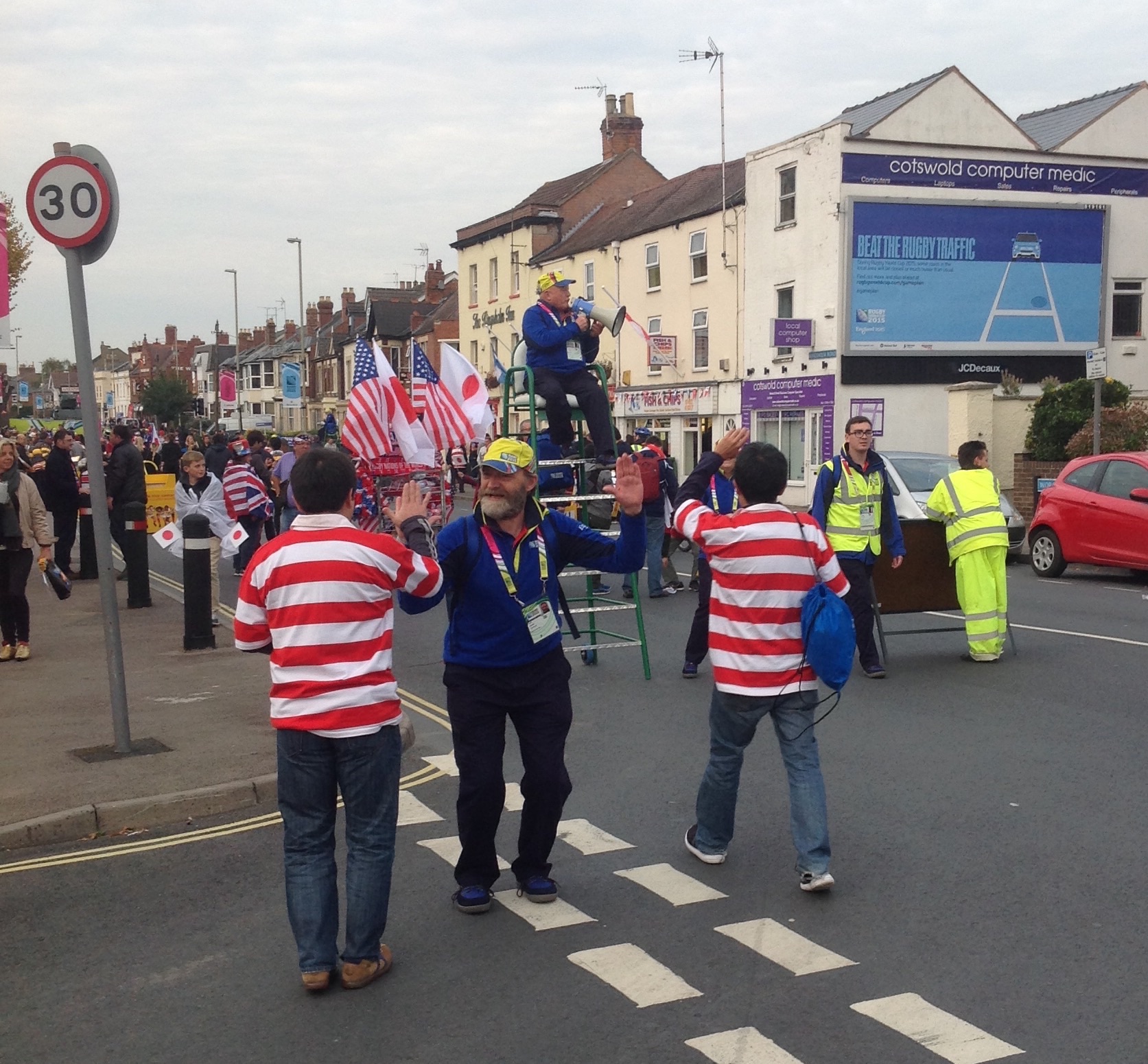 As I sat calmly finishing a flat white and pondering how a Kiwi name for a coffee with milk had managed to make its way into the English coffee selection, Carolyn dashed up in a panic, “Grab the stuff. We have to catch the 10:03”.

We were scheduled on the 10:27 to Gloucester. This train had been routed straight to Cardiff with no stops. With 5 minutes to spare we rushed to the giant electronic board to find our platform to see “Delayed”.

A brief chat with a very pleasant railroad official, who had the unenviable job of making announcements with a megaphone to the ever increasing throng of confused rail passengers, left us slightly bewildered, but clear that we needed to try to get to Swindon and see what connections we could find from there.

Twenty minutes later the platform location flashed and the wave of passengers surged past the scrum of Irish and French waiting in the queue for the Cardiff trains. Hundreds of us streamed down the long line of cars. Carolyn, who once swam for West Yorkshire, snaked smoothly past lumbering second row types like Habana through the Eagles second string. She disappeared into the mass of bobbing heads, baby carriages, and bemused travelers. I hobbled down the line of cars wondering if I would ever see her again. Car after car I peered through the shaded windows hoping to catch a glimpse of that dart of Yorkshire pride when almost out of hope I heard my name. I leapt onto the train and into the comfort of the seats she had saved.

People swarmed into the cars with tickets declaring they had reserved seats as announcements begging forgiveness, blaming the unexpected number of French and Irish rugby fans, and declaring there were no reserved seats soothed mounting tensions. Once again the French and Irish were the cause of English problems. The station manager continued his stream of information.
“The train will leave in 5 minutes”
“The train driver has not arrived yet. He is stuck on a train that is coming from the depot and is delayed because of the unexpected number of people going to Cardiff.”
And by people he meant French and Irish.
“The driver has arrived and the train will be leaving in 5 minutes.”
“The driver is on the train and is waiting for clearance to leave the station. Train service has been delayed because of the unexpected need to put on more trains to Cardiff.”
And by “unexpected need” he meant French and Irish who did not plan ahead.
Finally we began to move. As the city of London gradually merged into sunny countryside allotments and forests, the announcements came about connections that were being held at Redding and Swindon and Bristol. Some clapped and laughed. Everyone joined in a collective sigh.