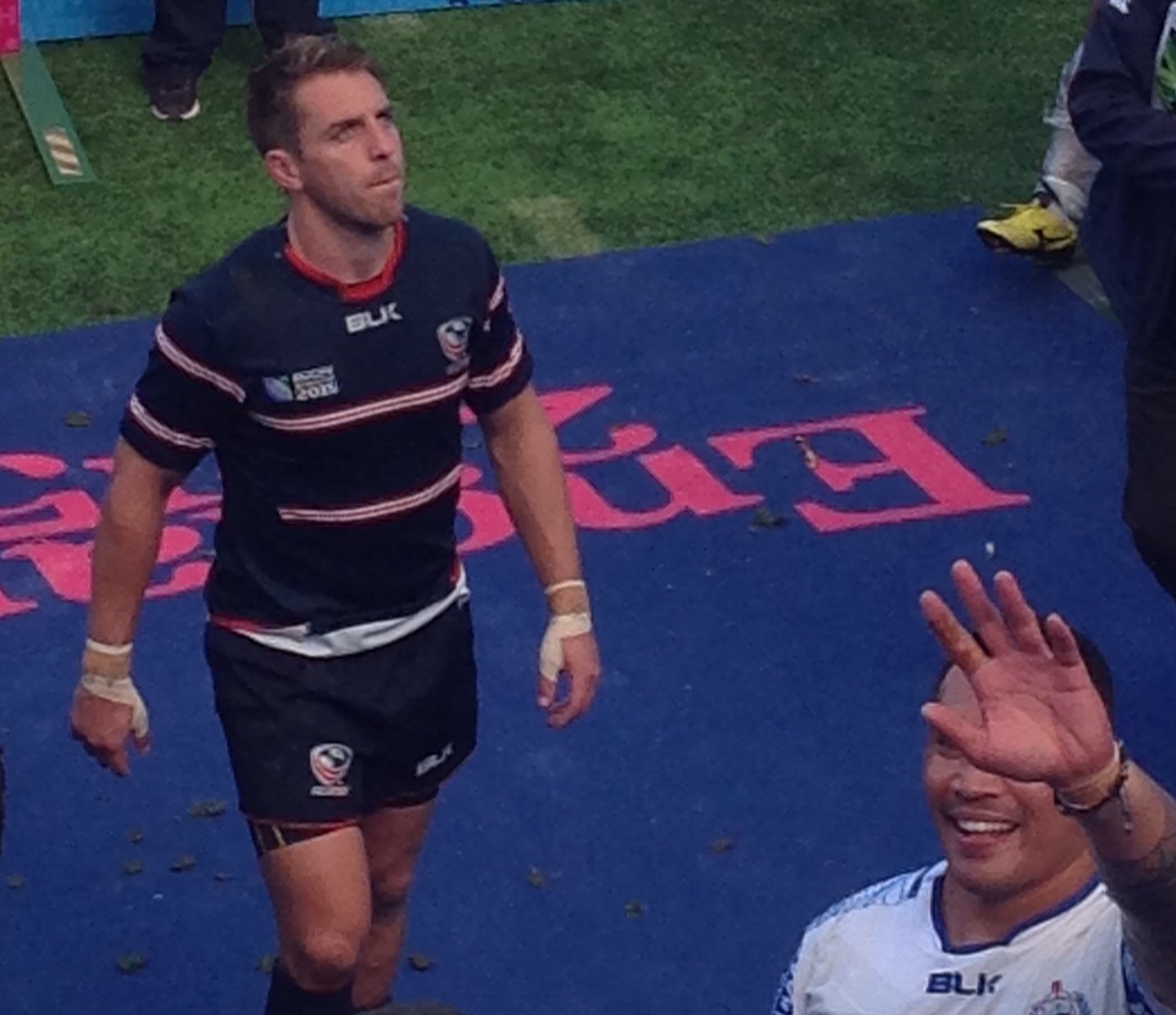 Below quote lifted from email I received from Redwater of the Jack & Dougie Show (rugby & whiskey podcast) analyzes the hapless situation the USA Eagles find themselves after 25-16 loss to Samoa on a warm and sunny Brighton afternoon yesterday.

“Bad coaching, poor selection, no game plan or strategy……as I said earlier Thretton is a quality player, give him a role as a crash baller. He does not have the skills to set anything up. Don’t confuse him. I think Thretton can be used as a Sam Burgess /SBW player and should be the focal point of the team. If Thretton is used as the focal point the backs will only get better and that includes McGinty, who has played well but needs to take control, which he can if given his role.
I suppose nobody knew the lineouts would be so horrible,but Samoa handled the ball and the in hand kicking very poorly so tit for tat.
Do I think the USA can get better? No, I think they’ll get worse. Tolkin is tragically out of his depth as a professional coach. The Eagles should have been better prepared because Samoa was, as I said, dreadful. Samoa will be lucky to win another match. As a team they are about as fit as I am. Japan will run them to death. Scotland out organize them. And South Africa just drub them with an Islander war paddle.”

With 3 matches to go in this Rugby World Cup the Eagles need a miracle if they are to do anything other than board the plane back to USA on Oct. 12th with an 0-4 record and a claim to being the worst USA side in World Cup history. Somewhere toward the end of the first half the announcer gave the statistic of 19 line breaks for Samoa to 4 for the USA. That means that before the half the USA had missed at least 19 tackles. You might consider it a bright spot that Mike Petri proved himself a tenacious tackler, but then you begin to wonder why the scrum half is making so many tackles on the Samoan backs. Where was the back row? Where was the back who was supposed to make the tackle before the gain line? Where is Todd Clever?

With so many mistakes it is hard to imagine the USA is in for anything but a very long 3 weeks. Scotland is now looking at Japan and South Africa as teams to upset. There is a good chance 3 teams will be coming out of the pool with 1 loss. The decider on who will get through to the quarterfinals could come down to extra points for 4 tries or more in a match and point differentials. The USA and Samoan performances yesterday have set themselves up to be targets for the other 3 teams. The path to quarterfinal inclusion could be through large margins of victory. With that said teams will play hard until the final whistle and the excitement of the world’s greatest rugby tournament will continue well past the Final on October 31st.